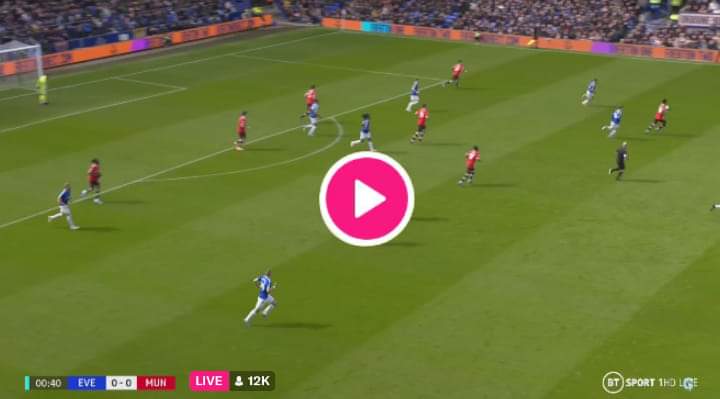 Everton, fresh from their defeat at Burnley to increase fears of a first-ever relegation, host a Manchester United side whose race looks run in terms of Champions League qualification.

Quite how Goodison Park will welcome an Everton team in such dire straits remains to be seen. A cauldron at its best, Frank Lampard’s team will need all the home support they can get given their pitiful away form.

United, meanwhile, look set to appoint Erik Ten Hag ahead of next season. Until that point, however, Ralf Rangnick has to at least try and get his side in a position to pounce should Arsenal or Tottenham slip up in the battle for the top four.

Goodison Park in Liverpool will host.

Where to watch Everton vs Manchester United

TV channel: The game will be broadcast on BT Sport 1 and BT Sport Ultimate.

Live stream: BT Sport subscribers will be able to watch the game via the BT Sport app.

Both Michael Keane and Allan are available following suspensions for the home side, although Yerry Mina, Andros Townsend, Tom Davies, Nathan Paterson and Andre Gomes are still injured.

Donny van de Beek, meanwhile, is ineligble to play against his parent club.

For United, Edinson Cavani is the only injury concern at this stage.

Two sides out of form, it’s likely to be a scrappy affair. It is, however, hard to look past United’s firepower proving too much for Everton’s leaky defence.