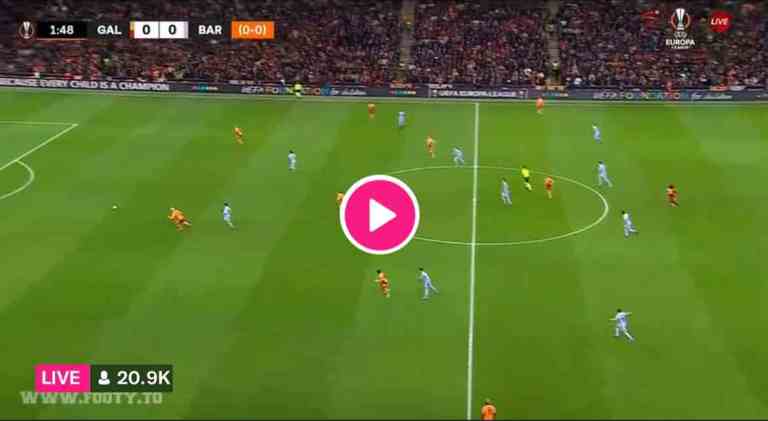 Galatasaray vs Barcelona live stream – FC Barcelona are set to receive a hostile welcome when they face Galatasaray in Istanbul tonight in the second leg of their Europa League last-16 tie.

Barcelona were held to a 0-0 draw by their Turkish opponents at the Nou Camp last week so it’s all to play for with a place in the quarter-finals at stake.

The Spanish club are unbeaten in 10 fixtures in all competitions and have won their last four in La Liga under manager Xavi.

It has seen Barcelona go third in the table but this is set to be the biggest week of their season so far with El Clasico against Real Madrid to come on Sunday.

Here’s everything you need to know ahead of the match tonight.

When is Galatasaray vs Barcelona?

The match will kick off at 5:45pm GMT on Thursday 17 March in Istanbul, Turkey.

How can I watch it?

It will be shown live on BT Sport Extra 3. BT Sport customers can also live stream the game on the BT Sport website and mobile app.

Galatasaray were missing several players from the first leg and their injury situation is not set to improve. It means the hosts are set to be without Arda Turan but Ryan Babel is expected to have shaken off a knock in time to feature.

Barcelona could make changes ahead of El Clasico and it is unlikely the returning Gerard Pique will be risked. Pierre-Emerick Aubameyang did not start the first leg as Xavi made changes but is expected to be recalled here.

Galatasaray held on admirably last time but Barcelona could enjoy more joy on the counter-attack as the hosts look to come out in front of their from fans, leading to big games from the likes of Aubameyang, Adama Traore and Ferran Torres. Galatasaray 1-3 Barcelona