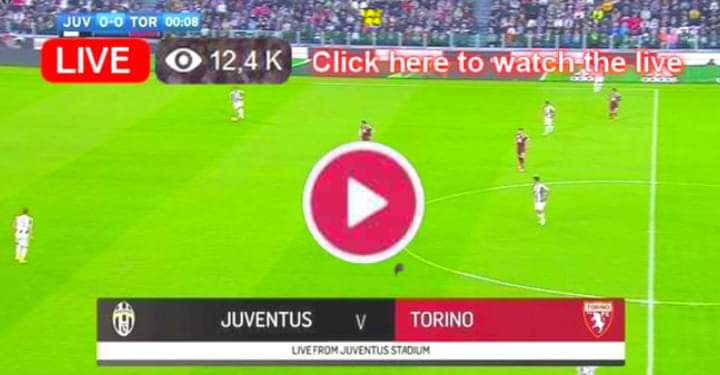 Juventus vs Torino live stream – The latest edition of the Turin derby will take place at Allianz Stadium on Friday evening, as Juventus welcome rivals Torino for a key match in Italy’s top flight.

Juventus are currently fourth in the Serie A table, nine points behind leaders AC Milan, while Torino occupy 10th position, boasting 32 points from their opening 24 matches of the 2021-22 campaign.

Juventus stretched their unbeaten run in Serie A to 11 matches on Sunday evening when they scored a last-gasp equaliser against Atalanta BC, with Danilo striking late to leave the scores level at 1-1.

The Old Lady have won three of their last five in the league but still have a lot of work to do to pull themselves into title contention heading into the final straight, as they are currently down in fourth spot, some nine points behind leaders AC Milan, who are a point ahead of the reigning champions Inter Milan.

Juventus’ home form this season is far from the best in the league, having dropped points in five of their 12 matches in front of their own supporters, but they will be taking on a Torino side with the third-worst away record in Italy’s top flight this term, picking up just nine points from 12 matches.

Massimiliano Allegri‘s side cannot afford to take their eye off the ball in the league, though, and they will be bidding to enjoy more success in the Derby della Mole on Friday, having won 74 of their previous 153 meetings in Italy’s top flight, including a 1-0 success in the reverse match back in October.

Torino have not actually beaten Juventus in any competition since a 2-1 home success in April 2015, while their last away victory over their rivals came during the 1994-95 Serie A season, which is an indication of the size of their task heading into Friday’s contest.

The Bull have been present in each of the last 10 Serie A seasons, but they have finished 16th and 17th in their last two campaigns, surviving relegation by just four points last term.

I Granata have no relegation fears at this stage of the 2021-22 campaign, as a record of nine wins, five draws and 10 defeats has brought them 32 points, which is enough for 10th spot in the table, some 11 points clear of the bottom three heading into this match.

Torino have only taken one point from their last three Serie A matches, though, drawing with Sassuolo on January 23 before losing against Udinese and Venezia in their last two fixtures.

Ivan Juric‘s team will undoubtedly be the underdogs heading into Friday’s encounter, but this not the Juventus side that dominated Italian football for so many years, and the visitors will hope that the Old Lady have one eye on next week’s European contest with Villarreal.

Juventus will be missing Danilo through suspension on Friday evening, so Juan Cuadrado is expected to start at right-back for the home side, with Mattia De Sciglio keeping his spot on the left.

Giorgio Chiellini, Federico Bernardeschi and Federico Chiesa remain injured, meanwhile, so there are not likely to be many changes to the side that started against Atalanta last time out.

Big-money January signing Dusan Vlahovic will again lead the line with support from Alvaro Morata and Paulo Dybala, while Weston McKennie should retain his spot in midfield.

As for Torino, Tommaso Pobega, Dennis Praet and Mohamed Fares will miss the match through injury, but Sasa Lukic and on-loan Juventus midfielder Rolando Mandragora are available following suspensions.

Lukic is likely to return to the starting XI on Friday, while Praet’s absence means that Marko Pjaca should start alongside Josip Brekalo and Antonio Sanabria in a front three.

Torino have plenty of other options for the forward positions, including Andrea Belotti, but head coach Juric is unlikely to make many changes from the side that started last time out.

There might be an alteration at the back, though, with David Zima pushing to return to the first XI.

Torino are capable of making this an uncomfortable match for Juventus, but it is really difficult to ignore the recent games between these two sides when choosing a result. Torino have also struggled on their travels in Serie A this season, so we have had to back a relatively comfortable win for the Old Lady.

TV: Juventus vs Torino will be available to watch live on BT Sport, beIN Sports, fuboTV.