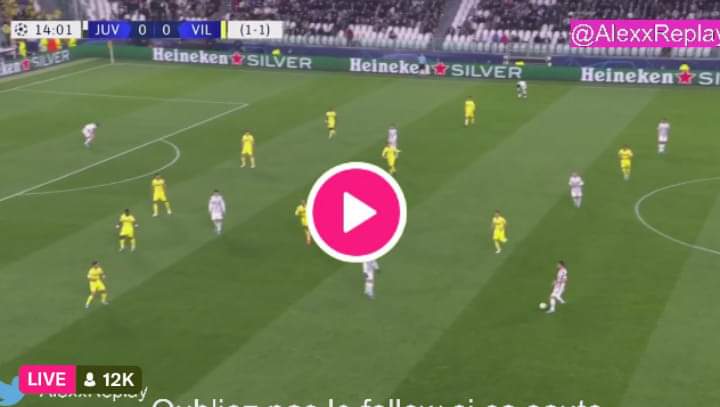 Juventus vs Villarreal live stream – Juventus are looking to qualify for the quarter-finals of the Champions League for the first time since 2019 when they host Villarreal in the second leg of their last-16 tie.

The Bianconeri had to settle for a 1-1 draw in the reverse fixture in Spain, with Dusan Vlahovic’s sensational first-minute opener canceled out by a strike from Dani Parejo.

Juve failed to go beyond this stage of the competition during Massimiliano Allegri’s two seasons away from the club, while Villarreal have at least reached the last eight in both of their previous forays into the Champions League knockout stages – they were eliminated by Arsenal on both occasions.

Allegri’s men head into this one without January signing Denis Zakaria, who picked up a muscle injury at the end of February.

Leonardo Bonucci could make his return from a calf problem but Giorgio Chiellini remains sidelined with his own issue, and Kaio Jorge won’t feature until after the international break.

Paulo Dybala has missed Juventus’ last three matches and is not expected to return to the fray just yet.

Unai Emery will be without Paco Alcacer and Ruben Pena for the trip to Turin.

Alberto Moreno, who recently returned from a torn ACL, tore his opposite ligament in training recently and has returned to the treatment table.

Star striker Gerard Moreno has missed Villarreal’s last five games with a calf problem but could return to the matchday squad on Wednesday.

Allegri and Emery may be two of the most pragmatic managers in the land, but they also know a thing or two about succeeding on the European stage.

Expect a tight encounter with little in the way of clear-cut chances, but for Juventus’ superior quality to be the difference on the night.