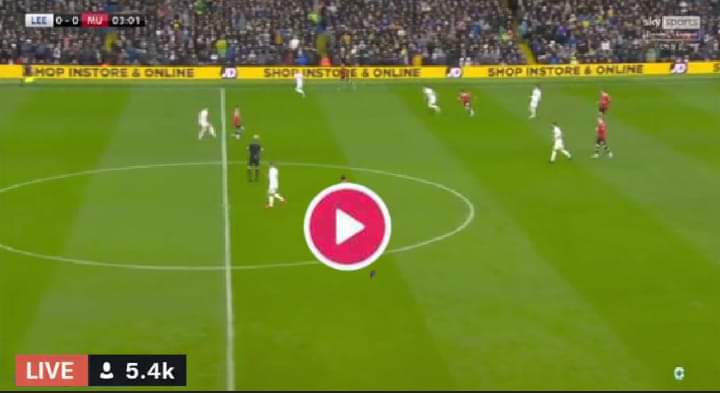 Both sides have fallen short of the heights they reached last season. Leeds have tumbled onto the verge of a relegation battle, while Manchester United are merely contesting for top four rather than top spot.

Here’s all you need to know about what may well be a fiery affair.

How to watch Leeds vs Man Utd on TV/live stream

Starting on Sunday, Leeds embark upon a fearsome run of fixtures without their totemic midfielder Kalvin Phillips or captain Liam Cooper. But the pair could both be back by the time the Whites face prime relegation rivals Norwich City in the second week of March.

The unfamiliar sight of Stuart Dallas limping off prefaced a dreary afternoon away to Everton last weekend. Junior Firpo is also a doubt on his way back from a thigh injury.

The latest verse in Patrick Bamford’s Odyssey-esque return from injury has lumbered the striker with a problem in his foot that no pain treatment or management has been able to soothe long enough to even run, let alone shoot.

Raphael Varane was a last-minute dropout from the squad that defeated Brighton 2-0 in midweek with stomach problems.

Eric Bailly injured his ankle upon his return from international duty with Ivory Coast, which has sidelined him since the start of February. Both Nemanja Matic (shin) and Edinson Cavani (groin) have been forced to pull out of training in the week leading up to Sunday’s fixture with fitness concerns.

Until Leeds’ recent promotion, these famous rivals went the best part of a decade without facing each other. Since Marcelo Bielsa steered his Yorkshire outfit back into the top flight, they have twice lost by humbling four-goal margins at Old Trafford, but did draw 0-0 at Elland Road in April.

However, Leeds haven’t beaten Manchester United on home turf since September 2002, when Harry Kewell scored the only goal of the game.

At the time it was Sir Alex Ferguson’s worst ever start to a Premier League season and Fabian Barthez was questioned by the police for kicking a water bottle into the febrile home crowd (he didn’t face any charges).

Ole Gunnar Solskjaer’s tactical nous was never one of his lauded assets, but he certainly got the better of Bielsa’s idiosyncratic man-marking system; instructing his frontline – particularly Bruno Fernandes – to drift all over the pitch, dragging a white shirt with them and out of position.

Arsenal and Alexandre Lacazette proved that roaming approach can still tease the Yorkshire side apart earlier this season.

Ralf Rangnick’s attempts at sweeping changes since his midseason arrival have improved the side’s underlying numbers – if not quite the results just yet. But he may be best served taking a leaf out of his predecessor’s book for Sunday’s match.

Manchester United will inevitably create chances against the second worst defence in the league, the more pertinent question is whether they will take them.