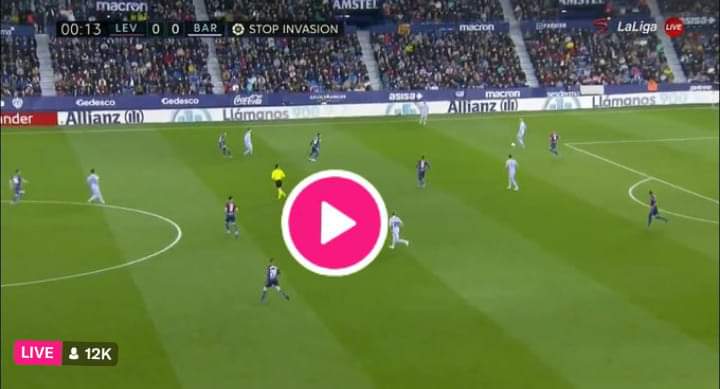 Levante vs Barcelona live stream – Barcelona will be keen to extend their winning league run when they travel to face Levante in La Liga action.

Xavi’s men required a second-half equaliser from Ferran Torres to salvage a 1-1 draw in Germany in their Europa League quarter-final first leg against Eintracht Frankfurt in midweek.

The result extended Barcelona’s unbeaten run to 14 games in all competitions, with six victories in a row in La Liga catapulting Xavi’s men up to second place in the table in the meantime.

Here’s everything you need to know about this weekend’s game.

Levante boss Alessio Lisci will hope former Tottenham forward Roberto Soldado is available as the Spaniard has been missing with a hamstring problem since the middle of last month.

They will also be without Oscar Duarte, who is a nursing a knee injury, although Daniel Gomez and Jorge de Frutos could be available for the visit of Barcelona.

Gerard Pique was forced off injured inside 25 minutes in Barça’s 1-1 draw with Eintracht Frankfurt in midweek, putting the Spaniard’s involvement in doubt for this weekend.

Dani Alves is expected to return to the starting lineup with the Brazilian ineligible for Europa League games, although Sergino Dest (hamstring), Memphis Depay (hamstring) and Luuk de Jong (Covid-19) will be unavailable.

The transformation in Barcelona’s fortunes under Xavi has been remarkable, to the extent that a side who looked destined to finish outside of the Champions League spots is now in the driving seat for second place in La Liga.

Barca have embarked on a six-game winning run domestically, although Xavi is likely to have one eye on the return leg of his Europa League quarter-final with Eintracht Frankfurt in midweek.

However, the coach’s principles have been firmly imprinted into this Barcelona side, meaning that even a slight reduction in individual firepower should still be enough to continue their winning run.