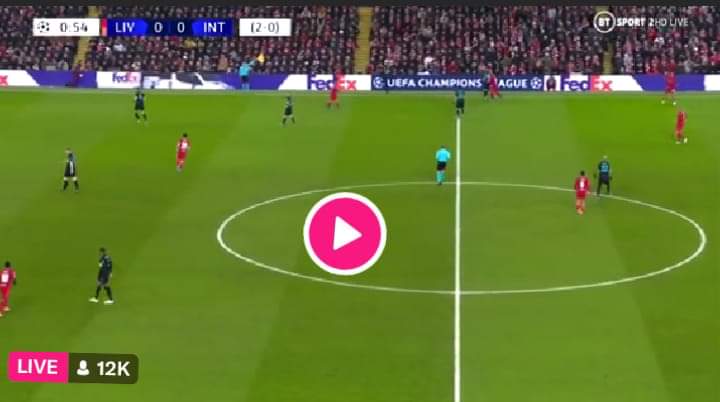 Liverpool vs Inter Milan live stream – Liverpool will be looking to finish the job and qualify for the Champions League quarter-finals for the fourth time in five years when they take on Italian football giants Inter Milan in the second leg of their last-16 tie at Anfield.

Two late goals from Roberto Firmino and Mohamed Salah handed the Reds a massive 2-0 first-leg win at Giuseppe Meazza, putting them in firm control of this mouth-watering tie.

Jurgen Klopp’s men are in the driving seat to advance to the quarter-finals. But there is no room for complacency, especially following Inter’s overwhelming 5-0 victory over fellow Serie A rivals Salernitana on Friday.

You can watch Liverpool v Inter Milan online either via our Liverpool live streaming page or through our Champions League live streams section.

Sadio Mane’s first-half strike fired Liverpool to a crucial 1-0 home triumph over European bidders West Ham at the weekend, keeping them firmly in the race for the Premier League title.

The Merseysiders go into proceedings unbeaten in their last 15 outings across all competitions (W13, D2), including the last 12 in a row if considering extra-time.

Liverpool are the only side in this season’s Champions League to have won all seven matches in the competition, while they are only the second team to have defeated both Milan clubs in a single campaign.

Much of the credit for the Reds’ impressive European season goes to Klopp, who could join a distinguished group of seven managers to have won 50+ games in the Champions League win another triumph.

There is plenty of reason for optimism in the home camp, as Liverpool have yet to lose a single competitive game this season (W18, D5), winning each of the last seven in a row by an aggregate score of 20-3.

Firmino, who broke the deadlock at Meazza, could sit this encounter out after picking up a muscle injury.

Luis Diaz is likely to start on the bench after Diogo Jota regained full fitness.

The Portuguese ace should link up with Mane and Salah in the frontline after coming on as a second-half substitute against West Ham at the weekend.

Illustrious playmaker Thiago Alcantara is ruled out with a thigh injury as Naby Keita looks set for another midfield start alongside Jordan Henderson and Fabinho.