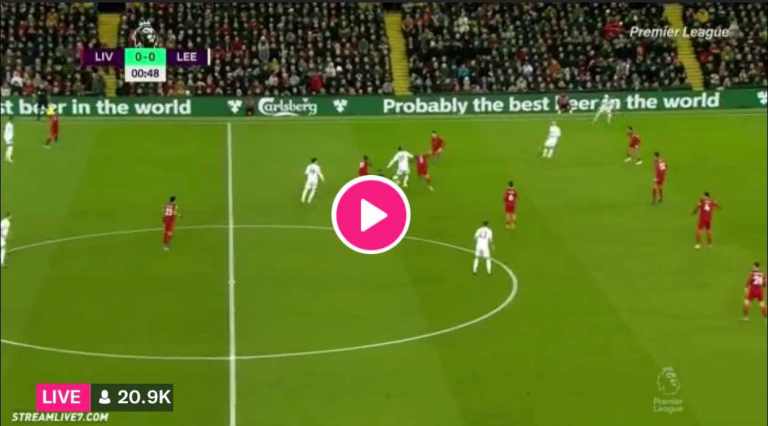 Liverpool vs Leeds promises to be a classic at Anfield on Wednesday (watch live, 2:45pm ET on Peacock Premium) as both teams need the points but for very different reasons.

Jurgen Klopp and Liverpool are on fire and are back in the Premier League title race after Manchester City lost at home to Tottenham at the weekend. That leaves Liverpool six points behind Manchester City with this game in-hand against Leeds. The lead at the top will be cut to three points if Liverpool win and they travel to Man City on early April in what looks like being a title showdown once again. As for Liverpool’s recent form, they have won five-straight games in the Premier League and also won away at Inter Milan in the UEFA Champions League last 16 last week. They have the small matter of the League Cup final against Chelsea at Wembley this Sunday too, but Klopp is focused and has Mohamed Salah and Sadio Mane back firing on all cylinders after they returned from the Africa Cup of Nations. Luis Diaz looks the part, while Virgil van Dijk is back to his best as the Reds look primed for a big push for four trophies at the end of the season.

As for Leeds, the final few months of the season are all about one thing: survival. Marcelo Bielsa’s side have been dragged into the relegation scrap after three defeats in their last four and just two wins from their last 10 in the Premier League. They were brave against Manchester United last time out as Bielsa’s boys were roared on by the raucous crowd at Elland Road and fought back from 2-0 down to make it 2-2, but ended up losing 4-2. Leeds’ cavalier approach is sensational to watch but without Patrick Bamford, Kalvin Phillips and most of their center backs for most of this season due to injuries, they have struggled to find any kind of consistency. Leeds have a winnable run of games in March and April but before then they face Liverpool, Tottenham and Leicester City in their next three. Leeds sit just five points above the relegation zone and need to regain some confidence and momentum.

Here’s everything you need to know ahead of Liverpool vs Leeds.

Luis Diaz is likely to start once again as Diogo Jota is struggling to shake off his ankle injury, while Roberto Firmino is out with a groin injury. Klopp may bring in the likes of Minamino or Origi to start in attack as he tries to rotate his side and keep them fresh ahead of the League Cup final.

Liam Cooper, Kalvin Phillips, Patrick Bamford Leo Fuhr Hjlede and Sam Greenwood all remain out injured. Robin Koch is being assessed after his head injury forced him off in the first half against Manchester United. All of that adds up to more defensive issues for Bielsa, as Struijk and Llorente are likely to start at center back.

How to watch Liverpool vs Leeds live, stream link and start time