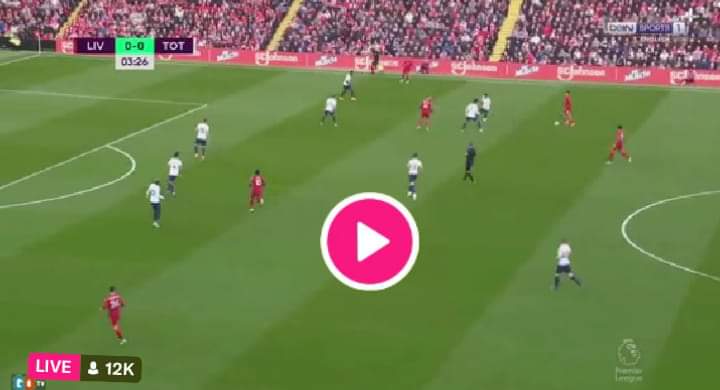 LIVERPOOL are facing off against Tottenham in a crucial Premier League game today. Here’s how to watch all the action from Anfield online.

Liverpool are taking on Tottenham in a blockbuster Premier League game today. All the action at Anfield kicks off at 7.45pm, with BT Sport broadcasting the game exclusively live with coverage beginning at 7pm. If you want to watch a Liverpool Tottenham live stream then you can pick up a BT Sport Monthly Pass which offers contract-free viewing to every single BT Sport channel.

Liverpool, who are still in the running for a remarkable quadruple after booking their place in the Champions League final midweek, have the chance to go top of the table tonight.

Going into the big game against Spurs, Jurgen Klopp’s side are just one point behind league leaders Manchester City who play tomorrow.

Pep Guardiola’s side, after being in the running for a treble a matter of weeks ago, now just have the Premier League title left to play for after a dramatic loss to Real Madrid in the Champions League semis.

Liverpool fans will surely be hoping a win tonight will put pressure on City, with just a few games left this season to decide the fate of the Premier League title race.

HOW TO WATCH LIVERPOOL VS TOTTENHAM

BT Sport has all the action live from Anfield today. The Liverpool vs Tottenham match will be broadcast on BT Sport 1. Pre-match build-up begins at 7pm with kick-off at 7.45pm.

BT TV subscribers can also watch all the action beamed to tablets and smartphones via the BT app which is available for both Android and iOS devices. It’s worth noting that those who are away on holiday and trying to watch outside of the UK won’t be able to use BT due to geo-location restrictions.

If you have a BT TV subscription this problem can be easily fixed by using a recommended VPN (Virtual Private Network).