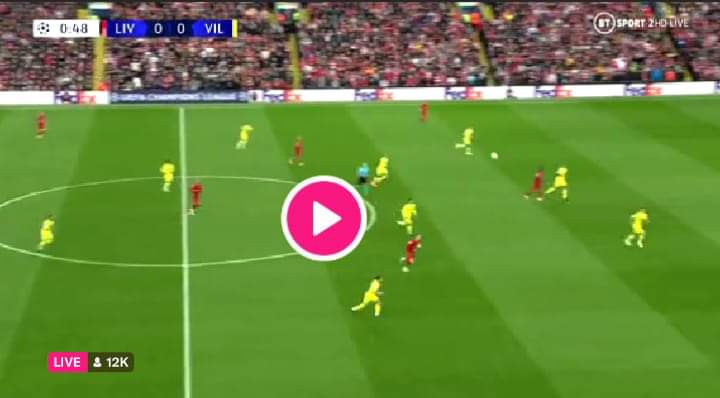 Villarreal, the side nicknamed “The Yellow Submarines”, have been the surprise package in this year’s tournament, defeating Juventus and Bayern Munich on their route thus far. Coach Unai Emery has previously proven himself as something of a master when it comes to knock-out European competition.

Emery led Sevilla to three successive UEFA Cup titles between 2013 and 2016. He added a fourth to his personal honours list with Villarreal last season, and was also defeated in the final during his spell in England as coach of Arsenal.

Liverpool’s one previous encounter with Villarreal came in Jurgen Klopp’s first season in charge of the Reds. Liverpool overturned a 1-0 deficit from the first leg, winning 3-0 at Anfield.

How to watch Liverpool vs Villarreal on UK TV

As with all games from UEFA-run competitions here in the UK, coverage of Liverpool versus Villarreal will be broadcast on BT. Build-up to the game gets underway on BT Sport 2 from 7pm with kick-off at 8pm.

If you’re not a BT Sport subscriber, click here to check out the latest packages. Alternatively, you can access the game with use of a £25 Monthly Pass .

How to live stream Liverpool vs Villarreal online

BT Sport subscribers are able to live stream events online using the BT Sport app. The app is available to download on mobile and tablet, as well as various streaming devices, games consoles and even direct to a select few Smart TVs.

You can follow the ECHO’s commentary stream and live match blog tonight here too.

What is the early Liverpool vs Villarreal team news?

Roberto Firmino remains a doubt with a foot injury that kept him out of the squad for the past weekend’s Merseyside derby.

Klopp, otherwise, has a fully fit squad to pick from with the usual selection headaches. Jordan Henderson, who started from the bench against Everton, could return. Ibrahima Konate may also be in line for action.

Villarreal, meanwhile, are without former Liverpool full-back Alberto Moreno. Moreno will be denied the opportunity to reunite with his former club due to a ruptured cruciate ligament.

Elsewhere, forward Gerard Moreno is out on the sidelines – as too is midfielder Yeremi Pino, who recently suffered a hamstring injury.