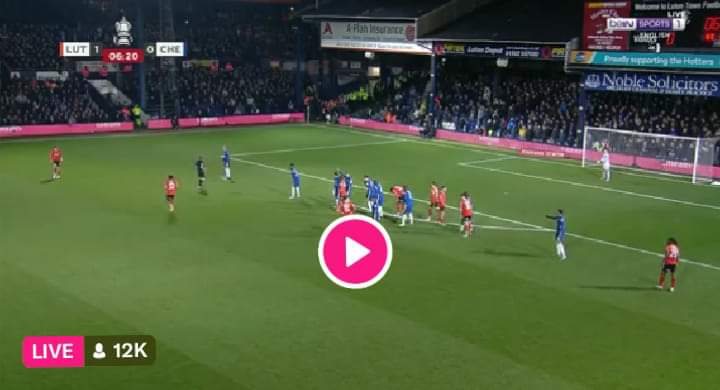 Luton Town vs Chelsea live stream – Championship side Luton Town host the reigning club world champions Chelsea in the fifth round of the FA Cup on Wednesday evening.

Nathan Jones’ side are one of the second tier’s in-form teams, winning six of their last seven outings to climb inside the promotion play-off spots. Chelsea come into the contest wounded by a penalty shootout defeat at the hands of Liverpool in Sunday’s Carabao Cup final.

Here’s everything you need to know about Luton’s attempts to prevent Chelsea bouncing back.

Luton haven’t been able to call upon midfielders Jordan Clark (leg) and Luke Berry (hamstring) since the turn of the year. Although the pair have returned to training, they are both doubts.

The club captain Sonny Bradley has been out with a hernia since the middle of January. However, his side have won seven of the nine matches their skippering centre back has missed, keeping five clean sheets along the way.

Reece James took to the pitch for the first time in 2022 during Chelsea’s League Cup final loss to Liverpool on Sunday. An encouraging sign for those of a blue persuasion was tainted by the fact that he replaced his captain Cesar Azpilicueta.

The Spain international picked up a knock and is unlikely to be risked so swiftly. Hakim Ziyech didn’t make the squad for the showpiece after sustaining a similar fitness concern against Lille last midweek.

Andreas Christensen was poised to at least take to the bench in the final but pulled up with an Achilles tendon strain ahead of the contest.

In Luton Town, Chelsea are facing an opponent that hasn’t lost a home game since November and harbour genuine ambitions of replaying this fixture in the Premier League next season.

Thomas Tuchel hasn’t had many defeats to bounce back from during his 13 months in west London. Admittedly this narrows the scope of past recoveries but also underlines a simple fact that oft gets forgotten when comparing Chelsea to the likes of Manchester City and Liverpool; they rarely lose.

Prior to their penalty pain, Chelsea had recorded just two defeats in their last 32 competitive outings. It would be surprising if Luton can add to that paltry tally.