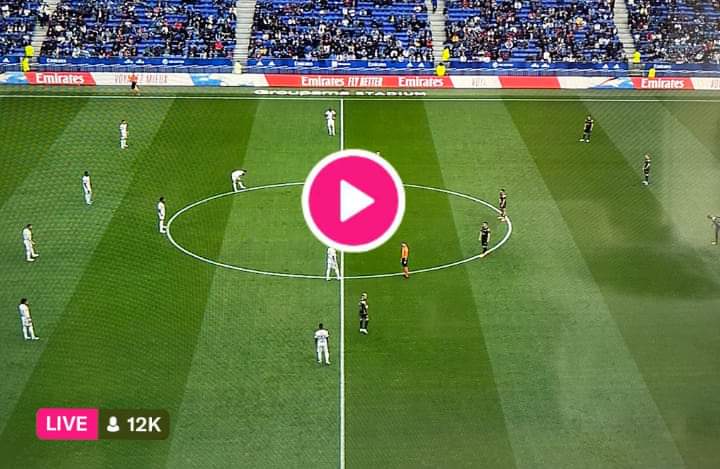 Lyon will aim to keep their slim chances of a top-five finish in the Ligue 1 table alive on Saturday, when they welcome Montpellier HSC to the Parc Olympique Lyonnais.

The hosts sit eighth after a disappointing defeat on Wednesday, while their visitors remain 11th, having failed to win any of their last four games.

After fighting for top spot in Ligue 1 for large portions of last season, Lyon have had a much tougher campaign this time around, finding themselves outside of the top five throughout.

A run to the Europa League quarter-finals was a highlight for Peter Bosz‘s men, but their hopes of silverware were dashed by a 3-0 defeat at home to West Ham United, resulting in a 4-1 aggregate loss, before they bounced back with a 6-1 thrashing of Bordeaux last weekend.

In that game, Moussa Dembele and Karl Toko Ekambi each hit braces alongside goals from Lucas Paqueta and Romain Faivre, but they were unable to strengthen a late top-five push on Wednesday, suffering a 2-1 defeat at the hands of Brest, as Dembele’s 72nd-minute equaliser was instantly followed by an Irvin Cardona goal for the hosts.

Such a result leaves Bosz’s side eighth in the French top flight, seven points outside of the top five with five games to play, meaning that their European hopes are all but gone, but they will still be keen to end the season on a high and bounce back with a strong run beginning on Saturday to keep their outside chance alive.

Their visitors arrive looking to arrest a slump, having picked up just a single point from their last four outings.

While Montpellier have comfortably preserved their top-flight status again this term, any hopes of a top-half finish have taken a major hit in recent weeks, as they firstly suffered back-to-back defeats at the hands of Brest and Marseille.

Olivier Dall’Oglio‘s side then played out a goalless stalemate with 13th-placed Reims, before suffering a 15th league defeat of the season on Wednesday as they were beaten 2-0 by Lens with David Costa and Ignatius Ganago on the scoresheet.

As a result of their slump, La Paillade have failed to take advantage of the sides above them making mistakes, leaving them five points outside of the top half with five games left to play.

They will now aim to take an impressive scalp at the weekend to trigger a turnaround and apply pressure on 10th-placed Nantes.

Lyon are facing somewhat of an injury crisis currently, failing to put out a full bench on Wednesday as the likes of defenders Jason Denayer, Jerome Boateng and Leo Dubois and midfielders Tanguy Ndombele, Maxence Caqueret and Rayan Cherki are condemned to the treatment room alongside first-choice goalkeeper Anthony Lopes.

Given those absences, Julian Pollersbeck will remain between the sticks with Castello Lukeba and Damien Da Silva deputising at the heart of the back four.

Responsibility will continue to fall on striker Moussa Dembele, who has scored 15 Ligue 1 goals so far this term, while Brazilian creative midfielder Lucas Paqueta is another key man going forward, having contributed eight goals and five assists in 31 top-flight appearances.

Montpellier have fewer injury issues to manage, although Dall’Oglio may look to make several changes to inspire a turn in form.

Elye Wahi should be in line for a return to the starting XI up front, having netted eight league goals so far this term.

He is only joined on that tally in the squad by winger Stephy Mavididi, who is bound to keep his place on the left-hand side.

While Lyon have been far from their best for large sections of the season, and come in with a badly hit squad, they still boast plenty of quality and meet an out-of-sorts Montpellier side.

We ultimately see Bosz’s men returning to winning ways with home advantage and the need for a near-perfect end to the season to stand any chance of a high finish.