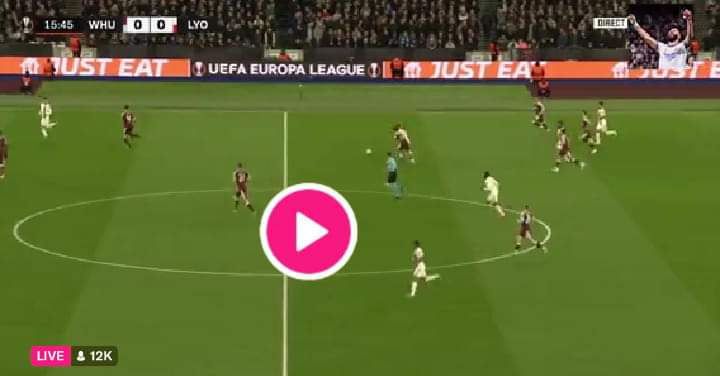 West Ham continue their European adventure this week against Lyon in the quarter-finals of the Europa League.

The Hammers overcame a gruelling, tense two-legged tie with Sevilla last month, beating the Spanish side 2-1 on aggregate.

David Moyes‘ side became the first English in history side to knock Sevilla out of the Europa League.

And next up are Lyon, who also endured a tough last-16 clash with Porto, beating them 2-1 over two legs as well.

But West Ham will fancy their chances, having enjoyed a fruitful season in the Premier League, while Lyon are floundering in 9th in Ligue 1.

Moyes’ men will have to be in tip-top form, however, as a potential semi-final with Barcelona awaits.

here will be a sellout 54,000 fans in attendance at the game.

What channel is it and can it be live streamed?

Unfortunately for West Ham, key player Manuel Lanzini is suspended for the clash after picking up his third yellow card of the competition against Sevilla.

Ben Johnson will have to pass a late fitness test if he is to slot into the right side of defence for the Hammers.

And Alphonse Areola will come back into the fold again, meaning Lukasz Fabianski is on the bench.

Karl Took Ekambi is a doubt for the clash after missing Lyon’s victory over Angers at the weekend with an illness.

Spurs loanee Tanguy Ndombele will likely start in midfield, with Moussa Dembele to play up front.