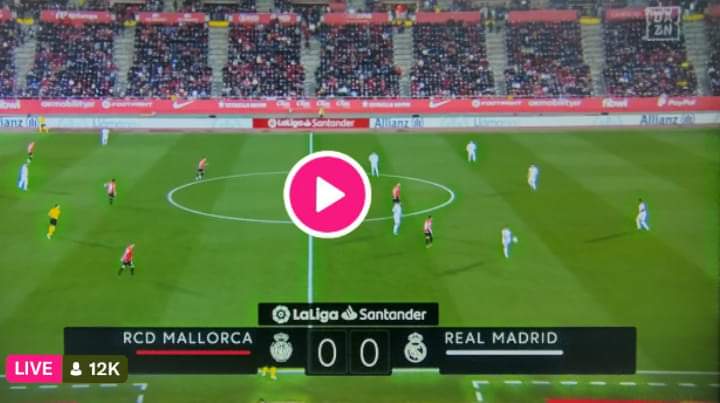 Mallorca vs Real Madrid live stream – Four league losses in a row have Mallorca in trouble, just two points off La Liga’s relegation zone, albeit having played a game fewer than the teams around them.

The visit of league leaders Real Madrid is that game in hand.

While they haven’t been as disastrous as results would suggest, losing narrowly against Celta Vigo after a last-minute penalty, they need to get points on the board soon if they’re want to keep their fate in their own hands.

They’ve beaten Real Madrid just once in their last seven home ties against the capital club, losing four of those. As is often the case with island clubs, home form is extra important, with the majority of Mallorca’s wins coming in home games, but they’ll be up against it as they host a resurgent Real side.

After the incredible, Benzema powered comeback against PSG in the Champions League, Real Madrid will be on a high. The goals are flowing for the team and, top of the league, they’ll go into this game in an optimistic mood.

Their away form hasn’t been entirely imperious, and Palma is a tricky place to go. Mallorca will be hoping to capitalise on that as they try and ensure their own survival.

How to watch Mallorca vs Real Madrid

USA: Monday’s action from Mallorca will be streamed live for U.S. viewers, exclusively on ESPN+.

Canada: The game will be broadcast in Canada on TSN2, and will be available to stream on TSN.ca and the TSN app.

Luis Garcia has a few fitness concerns to consider as he picks his team. Manolo Reina is suspended after being red carded in the game against Celta Vigo, and will not be available. Dominic Greif will miss out with illness, while Inigo Ruis‘ knee injury keeps him out of contention.

Mallorca lined up with a back five last time out, but have played with 4-2-3-1 in home games, and may continue with that trend for Monday’s game.

An unusual sight in modern football, Real Madrid have all but one of their complete squad available for this game. Eder Militao was a last-minute withdrawal, with reports indicating he has a case of the flu. Outside of the center back, all of Carlo Ancelotti’s players took part in training ahead of the game.

Despite everyone’s availability, someone like Modric may be rotated for this game, while Asensio may drop out of the right side attacking role after failing to impress against PSG.

Mallorca make things tough for visiting sides and a potentially rotated Real Madrid side may take a while to start firing on all cylinders in this game.

Mallorca also have a poor record in second halves this season. The visitors could start slow, grow into the game, and put their hosts to the sword in the second half.