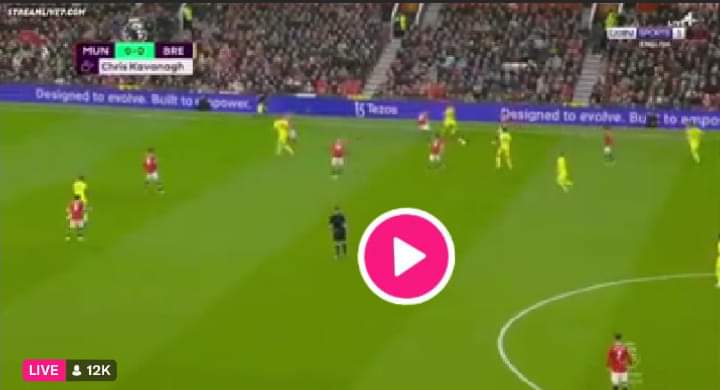 Brentford will look to keep up its hot streak against ice-cold Manchester United at Old Trafford, the injury- and illness-hit Red Devils hoping to make an impression from afar on incoming manager Erik ten Hag (watch live, 3pm ET on USA Network and online via NBCSports.com).

Brentford’s unbeaten in four after drawing Tottenham following a trio of wins, and will not be as worried about a May trip to Old Trafford as it would’ve been at the start of the Premier League season.

The Bees lost the reverse fixture 3-1 in mid-January behind goals from Anthony Elanga, Marcus Rashford, and Mason Greenwood, but United has won just twice since the start of March and is winless in three-straight contests.

Those matches happen to be decisive away losses to Liverpool and Arsenal and a home draw with Chelsea, so the competition’s been tough, but United does not look a threat to do much of anything down the home stretch and is dealing with a significant list of absences including Jadon Sancho and Paul Pogba.

Here’s everything you need to know ahead of Brentford vs  Manchester United.

How to watch Brentford vs  Manchester United live, stream link and start time

Ethan Pinnock and Sergi Canos are long shots, while Saman Ghoddas, Mathis Jorgensen, and Frank Onyeka are out. Kristoffer Ajer should join Christian Norgaard in returning to the fold.