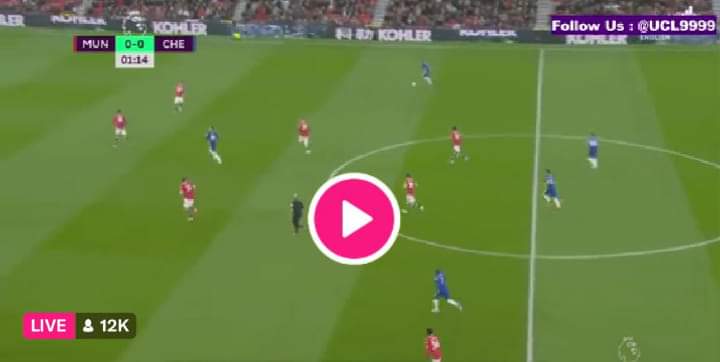 Manchester United vs Chelsea is always a big clash and there is plenty of intrigue around this clash at Old Trafford on Thursday (watch live, 2:45pm ET on USA Network and online via NBCSports.com).

Now that we know that Erik ten Hag will come in this summer to take charge of Manchester United, there could well be an extra edge to United’s play as players player for their future at the club. Interim boss Ralf Rangnick saw his side play much better away at Arsenal last week but some unlucky breaks, a penalty miss from Bruno Fernandes and close VAR calls worked against them in the 3-1 defeat. Cristiano Ronaldo looked as sharp as ever and now that it looks like the top four hunt is over, will United really want to be in the Europa League next season or maybe try and finish outside of the top seven in the Premier League?

Chelsea are sitting pretty in third in the Premier League table, as USMNT’s Christian Pulisic was the hero against West Ham as he scored a 90th minute winner. The Blues are now fully-focused on winning the FA Cup (they play Liverpool in the final at Wembley on May 14) and finishing the season strong, while Thomas Tuchel is now just waiting for the new owners to take charge so he can start long-term planning. It has been announced that Antonio Rudiger is leaving Chelsea at the end of his contract this summer and with the takeover still a few weeks away, at the earliest, it seems like a lot of Chelsea players are weighing up their future. A busy summer is coming up as Tuchel wants to try and turn Chelsea into genuine title contenders.

Here’s everything you need to know ahead of Manchester United vs Chelsea.

How to watch Manchester United vs Chelsea live, stream link and start time

Harry Maguire is out with a knee injury, while Jadon Sancho is missing with tonsillitis and Fred is still out. Luke Shaw, Paul Pogba and Edinson Cavani are also out. That means Scott McTominay and Nemanja Matic are likely to remain in central midfield, while Ronaldo, Anthony Elanga and Marcus Rashford should start up top.

Antonio Rudiger could return from his groin injury, while Reece James and Andreas Christensen could return after missing the win against West Ham. Mateo Kovacic is still out with his ankle injury. Callum Hudson-Odoi and Ben Chilwell remain out. We could expect Pulisic, Romelu Lukaku and Hakim Ziyech.