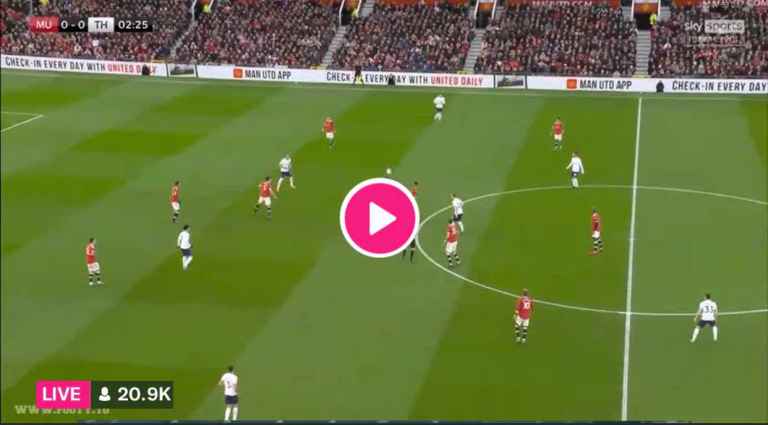 Manchester United vs Tottenham live stream is a huge clash on Saturday at Old Trafford (watch live, 12:30pm ET on Peacock Premium) as both teams are desperate for a win to boost their top four hopes.

Interim boss Ralf Rangnick has some big problems to sort out as United were all over the place defensively in their 4-1 hammering at Manchester City in the Manchester derby. The likes of Harry Maguire and Aaron Wan-Bissaka are low on form, and confidence, and speculation continues to grow around Cristiano Ronaldo’s injury status. All is not well at Old Trafford as there is uncertainty over who the next permanent manager will be and what the long-term plan is. United sit two points above Tottenham heading into this game but they have played two games more and both are chasing Arsenal who currently occupy fourth.

As for Tottenham, well, they are surging. Antonio Conte’s side have won three of their last four and after his incredible outburst following their shock defeat at Burnley, his side look more focused and ruthless. Harry Kane, Heung-min Son and Dejan Kulusevski are developing a great partnership in attack. Kane scored twice in the 5-0 win against Everton last time out and if those three are on their game, Tottenham look pretty unstoppable right now. There are still issues to sort out defensively but Conte has Tottenham moving in the right direction and if they win at Manchester United, that gives their top four hopes a huge boost. Spurs did lose 2-0 at home against United earlier this season, but Nuno Espirito Santo and Ole Gunnar Solskjaer were both in charge of their respective teams on that occasion and were both fired soon after. A lot has changed at United and Tottenham since then…

Here’s everything you need to know ahead of Manchester United vs Tottenham.

Edinson Cavani and Cristiano Ronaldo both missed the Manchester derby through injury but they are available. Raphael Varane is available but Luke Shaw is still out after a positive COVID-19 test recently. Scott McTominay is also a major doubt.

Japhet Tanganga is a doubt as he continues to work back from his knee injury. Ryan Sessegnon is out as he came off at half time of the win against Everton, so Sergio Reguilon is likely to start at left wing-back. Oliver Skipp remains out with a groin injury.