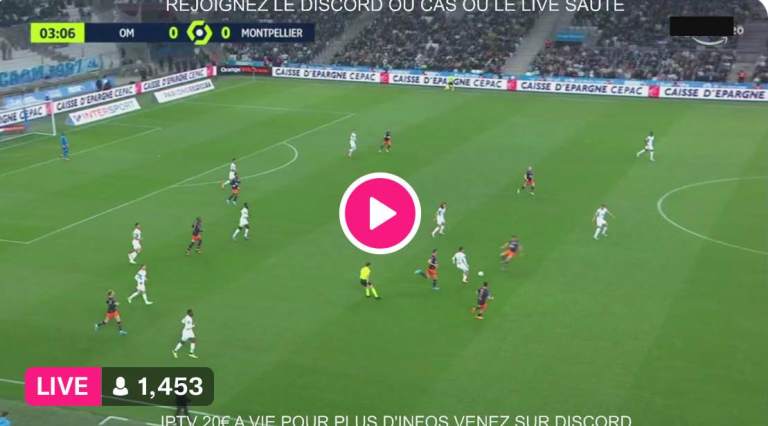 Marseille are looking to extend their current three-point lead on third-placed Rennes this weekend, when they welcome Montpellier HSC to the Orange Velodrome.

The hosts are in fine form having won six consecutive matches in all competitions ahead of this outing, while Montpellier are aiming to bounce back after defeat last time out.

Jorge Sampaoli‘s side had to come from behind against relegation-threatened St Etienne last weekend, but the second-placed team eventually asserted their authority on the match in the second half, and came away with a 4-2 win.

On Thursday evening, Greek outfit PAOK visited France in the first leg of their Europa Conference League quarter-final tie, and Marseille gave themselves a 2-1 advantage heading into the second clash next week, courtesy of goals from Gerson and Dimitri Payet.

Marseille will feel that if they had performed better on home soil this season, then they would be closer than the 12 points they are currently away from leaders Paris Saint-Germain, having only won six of the 15 matches on their own patch.

In comparison, Sampaoli’s side have won 10 of their 15 away games, but Sunday presents a good opportunity to improve their home record by using the confidence they have built from their current winning run.

Last year Marseille finished the campaign in fifth spot, and so they are well on track to better that performance this year, but will need to continue their good form to remain in an automatic Champions League qualification spot.

Meanwhile, Montpellier are currently lower than their rank from last season, and inconsistent form since the turn of the new year has been a major factor to their current 11th-placed position.

Olivier Dall’Oglio‘s side demonstrated that by following up a 2-0 win over Bordeaux with a 2-1 defeat on home soil against Brest last weekend, with Teji Savanier‘s strike for the hosts only turning out to be a consolation goal in the 94th minute.

Montpellier have received eight red cards this season, the most out of any other Ligue 1 outfit, and with Marseille expected to dominate possession on Sunday, the visitors will have to make sure their discipline is better.

With eight games to play, Montpellier are 10 points behind fifth spot and so can almost certainly rule out a late charge into a European place, but they are also 14 points clear from the relegation zone, so a mid-table finish is on the cards for Dall’Oglio’s side.

Marseille edged a five-goal thriller in the reverse fixture earlier this season, while a 1-1 draw was settled by Marseille again getting the better of Montpellier, this time on penalties, in the Coupe de France in January.

Arkadiusz Milik, who is on loan from Napoli, was injured while on international duty for Poland last month, and he is not expected to return for Marseille until later in April.

Centre-back Leonardo Balerdi has been ruled out for the rest of the season with a shoulder injury, meaning that Duje Caleta-Car will continue to partner William Saliba in the heart of defence.

Pape Gueye came into the side in midweek in place of Boubacar Kamara, but the latter is likely to come back into the starting 11 as Sampaoli looks to rotate his squad with limited recovery time between matches.

Pedro Mendes and Thibault Tamas will continue to be absent from Montpellier’s squad due to injury, while left-back Ristic continues to serve his suspension after receiving a straight red card before the international break.

Central defender Nicolas Cozza also saw red in the same game as Ristic, with Maxime Esteve, who replaced Cozza in the back four, expected to continue alongside Mamadou Sakho.

Marseille will be full of confidence after a good run of results, and they will look to capitalise on Montpellier’s not so good run of form.

The hosts usually score more than one goal in a single game which is why they are likely to get on the scoresheet a couple of times, while Montpellier could struggle to create chances against a side which is going to dominate possession.

Our expert tipster partners at Sporita.com are predicting a home win in this match. to find out what else they are predicting for this game and for more of their tried-and-tested football tips.