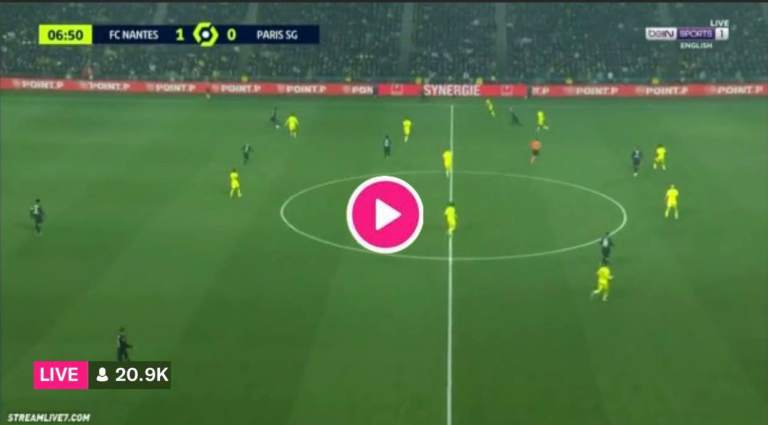 Mauricio Pochettino’s side are fresh from a dramatic late Champions League win against Real Madrid in midweek, in which Kylian Mbappe secured his side’s third consecutive win in all competitions with a 94th-minute deadlock-breaker.

Les Parisiens have won five of their previous seven in the league, sitting 13 points clear at the summit, but face a tough test away at Nantes, who have won two of their last three Ligue 1 fixtures and are well in the race for European qualification.

When is kick off? Saturday 19 February, 20:00 (GMT)
Where is it being played? Stade de la Beaujoire
What TV channel is it on? BT Sport 3 (UK), beIN Sports (US)
Highlights? BT Sport YouTube channel
Who’s the referee? Mikael Lesage
Who’s the VAR? Francois Letexier

The hosts come into this weekend’s clash in good shape with midfielder Samuel Moutoussamy and defender Fabio representing the only players certainly ruled out.

Wylan Cyprien could start alongside Pedro Chirivella and Andrei Girotto in the middle of the park.

Sergio Ramos might be able to feature once again but will have to undergo a late fitness test, likely meaning another start for Presnel Kimpembe alongside Marquinhos.

Neymar could be in contention to start, having returned to action from the bench in his side’s midweek triumph over Real Madrid, although a managed return to full fitness may be the cautious approach preferred.

Only five teams have played PSG more times in competitive action than Nantes, and only one has lost more. In 85 meetings, Les Parisiens boast 46 victories compared to Les Canaris’ 22 wins, while there have also been 17 draws.

Nantes did manage a 2-1 win at the Parc des Princes last season, although their encounter earlier this term resulted in a 3-1 PSG win, in which Lionel Messi bagged his first goal.

Nantes will without a doubt represent resilient and confident opposition while they continue to push for a place in a European qualification spot come the end of the campaign.

With four wins in their previous five across all competitions, there’s no chance of them simply lying down and taking a beating. Having said that, however, Pochettino’s side has the resources to overcome any obstacle presented to them.

A midweek triumph over a grounded and stoic Real Madrid is evidence enough of their ability to pluck wins out of thin air. So, the visitors will inevitably enter proceedings on Saturday night as favourites to come away with victory.