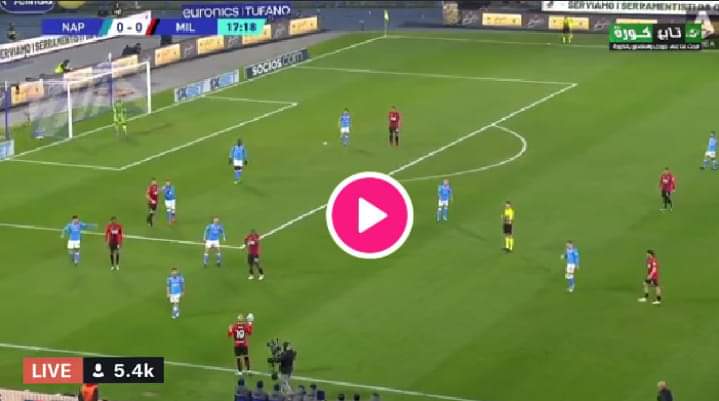 NAPOLI are aiming to take a step closer in claiming their first Scudetto since 1990 when they host Milan at the Diego Armando Maradona Stadium THIS WEEKEND.

And with both sides currently level on points at the top, it will be a fascinating spectacle.

Luciano Spalletti’s men go into this game off back of a 2-1 win over Lazio and should be the fresher of the two having had a week off.

As for AC Milan, they were forced into a midweek 0-0 stalemate against bitter rivals Inter in the Coppa Italia semi-final first leg.

To make matters worse,18x Serie A winners are winless in their last two league games sothe fanbase will be putting them under pressure.

What time does Napoli vs AC Milan kick off?

What TV channel is Napoli vs AC Milan on and can I live stream it?

Kevin Malcuit is the only long-term absentee for Napoli due to a calf injury the right-back sustained towards the end of February.

But Andre-Zambo Anguissa is expected to return back to training this week.

And Hirving Lozano is close to being in contention to feature again but the right-winger will need to wait a little longer.

Stefano Pioli is still unsure when Zlatan Ibrahomvic will be available having suffered an achilies tendon problem.

Alessio Romagnoli suffered a muscular injury during the last game against Inter and Simon Kjaer is out for the season with a cruciate ligament rupture.

*Odds courtesy of Betfair are correct at time of publication.