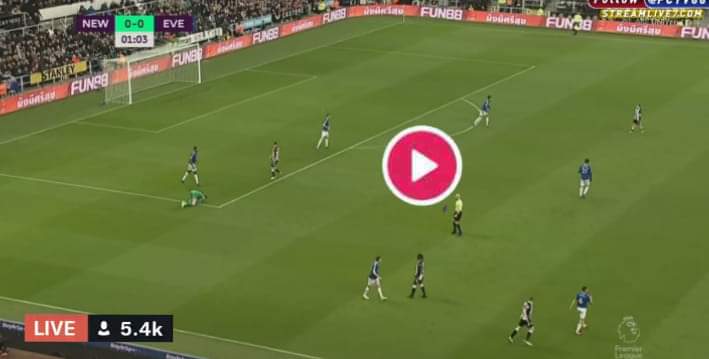 Newcastle vs Everton live stream – Newcastle host Everton on Tuesday night in what is set to be a night of ‘firsts’ for both teams.

Each side was active in the transfer window and as a result we are likely to witness several debuts. In addition, this match is also Frank Lampard’s first in the Premier League since taking over as Everton manager.

With both managers in dire need of a victory to boost their survival bids, this is poised to be a fascinating fixture.

Here is everything you need to know.

How to watch Newcastle vs Everton on TV/live stream

When is kick off? Tuesday 8 February, 19:45 (GMT)
Where is it being played? St James’ Park
What TV channel is it on? BT Sport (UK), Peacock (US)
Highlights? BT Sport YouTube channel
Who’s the referee? Anthony Taylor
Who’s the VAR? Chris Kavanagh

Newcastle were active in January and will be hoping to hand debuts to Matt Targett, Dan Burn and Bruno Guimaraes sooner rather than later. Targett and Guimaraes should be okay to feature, but Burn is suffering from a toe problem.

He is not the only injury doubt either. Star striker Callum Wilson could be out for some time yet, as will Isaac Hayden and Federico Fernandez. Paul Dummett and Matt Ritchie are out too but Joelinton should return.

The Toffees were busy on deadline day as well, and could hand debuts to Donny van de Beek and Dele Alli after they missed out on the FA Cup win over Brentford.

Dominic Calvert-Lewin is in the squad too, but Ben Godfrey is not due to a hamstring tear. He joins Tom Davies, Abdoulaye Doucoure and Fabian Delph on the treatment table.

These two stalwarts of the English game have met a whopping 178 times previously, with Everton enjoying a narrow advantage. They have won 74 games to their opponents’ 68, while the remaining 36 matches have ended in draws.

Narrow the sample size to more recent fixtures and the Toffees advantage disappears. Everton have won just one of their last five match against the Magpies, with Newcastle currently on a two-game winning streak.

Two of the most active clubs in January are both in desperate need of three points as they look to pull away from the relegation zone.

Newcastle showed promise last time out to beat Leeds, but an Everton team currently in the midst of Lampard’s new manager bounce might be a bridge too far.

The Magpies’ new signings will need time to settle and while the same is true of their opponents’ fresh faces, the Toffees’ have plenty of quality players who were at the club before January – and they will be eager to impress their manager.