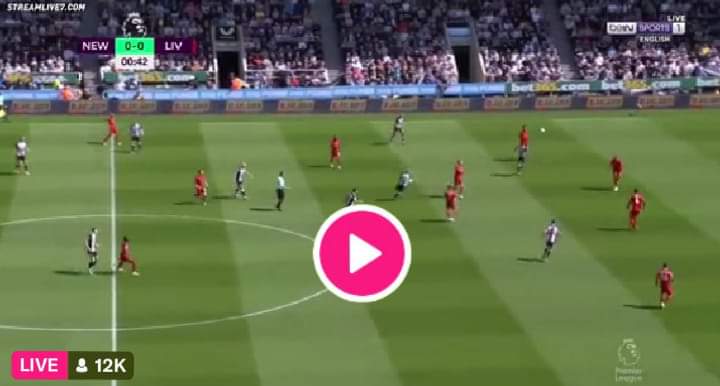 Newcastle vs Liverpool live stream – Liverpool return to domestic action on Saturday with the chance to go top of the Premier League table if they beat Newcastle.

Jurgen Klopp was desperate to get this fixture pushed back due to Wednesday night’s gruelling affair with Villarreal in the Champions League.

But he couldn’t get his wish and the Reds head to Tyneside at lunchtime looking to keep all of their plates spinning down the final stretch of the season.

Here’s how Klopp could set his side out…

Alisson (GK) – The Brazilian’s ability to singlehandedly keep Liverpool in games has been huge in their quest for the quadruple.

Ibrahima Konate (CB) – Only the ageless Joel Matip has kept Konate from becoming a key starter for Liverpool this year.

Virgil van Dijk (CB) – The difference between having Van Dijk in the team and out of it is that last year Liverpool were fighting for top-four and now they’re fighting for four trophies come May.

Andrew Robertson (LB) – Kostas Tsimikas is expected to miss out with illness so Robertson will likely soldier on at left-back.

Fabinho (DM) – Dropped a clanger against Everton but returned to his mighty best in midweek.

Jordan Henderson (CM) – We’re sure boyhood Sunderland fan Henderson will be treated with kindness by the Newcastle faithful.

Naby Keita (CM) – Thiago has been brilliant but he also needs to be wrapped in cotton wool, so expect Keita to come into the midfield.

Mohamed Salah (RW) – Picked up the FWA Footballer of the Year award on Friday, the first of many prizes he will collect for his outstanding season no doubt.

Diogo Jota (CF) – Cristiano Ronaldo’s latest resurgence means Jota is no longer the top-scoring Portuguese player in the Premier League this season. Let’s see if he takes that personally.

Sadio Mane (LW) – Could start either out wide or up top following another peak in his Liverpool career.