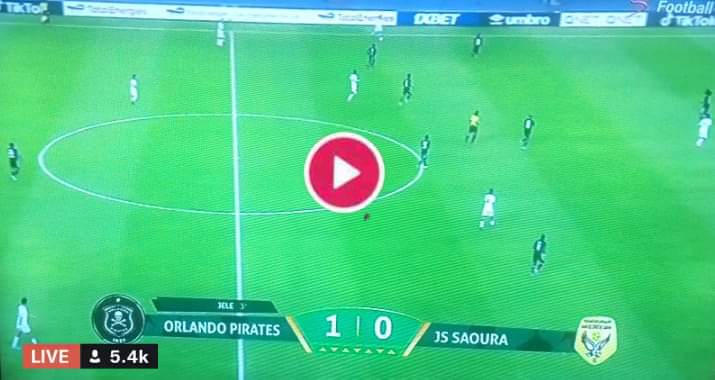 The Buccaneers earned a spot in the group stages after overcoming Liberia’s LPRC Oilers during the final qualification round.

Orlando Pirates will be looking to once again qualify for the knockout stage of the CAF Confederation Cup.

Last season, the Buccaneers finished in second place in their group before going down in the quarterfinals against eventual Champions Raja Casablanca.

The Buccaneers will be without star the duo of Vincent Pule and Richard Ofori for today’s clash against JS Saoura.

The duo are nearing a return to action after lengthy spells on the sidelines due to injury however the Orlando Pirates faithful will have to wait at least one more game before they return!

“The Buccaneers will likely be without midfielder Vincent Pule and goalkeeper Richard Ofori, who have both resumed training but are not expected to feature in the clash,” Pirates confirmed on their official website.

“Let me put clarity on the whole issue which made a lot of empty noise without being informed (and) maybe lessons from me.” the Orlando Pirates co-coach said.

“We must listen with our ears and don’t assume and use the facts in front of me. Gabadinho Mhango, the question was why was he not part of the team and in my explanation I used the Afcon.

“And if I were to say it again, when you look at the teams, a goalkeeper from Ivory Coast (Badra Ali Sangaré), number one, is playing for JDR (Stars).

“A goalkeeper from Gabon (Jean-Noël Amonome), their number one is number three at AmaZulu and is not making number one at AmaZulu.” the Orlando Pirates mentor added.

“Relating to the question that was asked, why is Mhango doing well in Malawi and not at Pirates and I said maybe the competition in PSL teams is higher than in some teams in the Afcon.”

Orlando Pirates vs JS Saoura: How to LIVE STREAM

You can also live stream today’s match between Orlando Pirates and JS Saoura on TELKOMONE. Simply create a free account and the match can be accessed on SABCSport’s TELKOMONE channel.