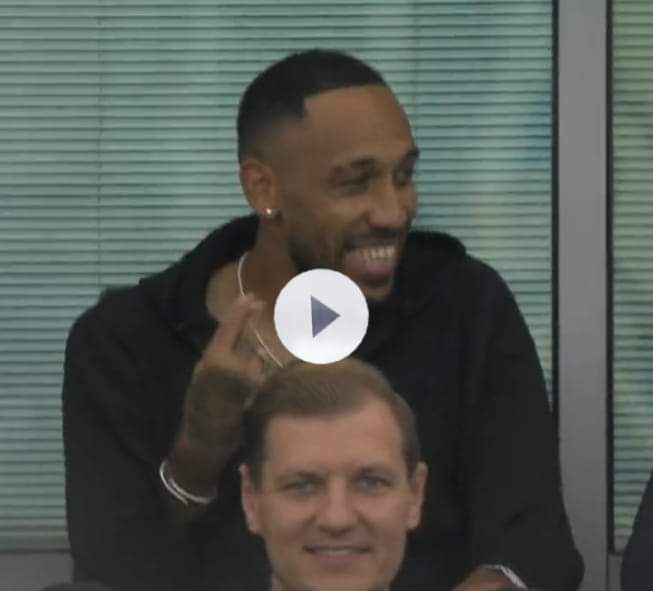 The former Arsenal and Barcelona striker captured with an amazing moments when he celebrate and jubilate Ben Chilwell and Kai Havertz goals in Chelsea’s 2-1 comeback win over West Ham.

Chelsea fans were happy to see their team came back from a goal down in the second half to beat West Ham 2-1 at the Stamford Bridge.

Ben Chilwell netted Chelsea equaliser shortly after he came in, to the field of play.

Auba loved it, we all loved it! 😎 pic.twitter.com/wEs5oEHs5d