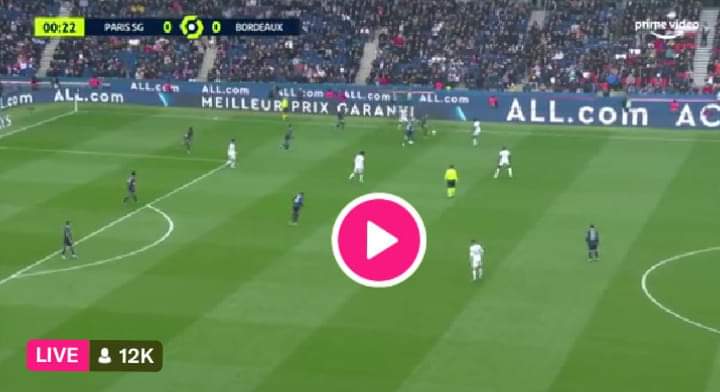 PSG vs Bordeaux live stream – PSG saw their chances of a first-ever Champions League ended in ruthless fashion in the Spanish capital as their holy grail of European glory ended in failure again.

The defeat is likely to have deeper repercussions for the French giants at the end of the campaign with manager Mauricio Pochettino potentially moving on and star man Kylian Mbappe out of contract.

However, despite their frustrations in Europe, Pochettino’s side remain strong favorites to clinch the Ligue 1 title this season with a 12-point lead over second-place Nice.

The visit of rock-bottom Bordeaux should offer PSG a perfect chance to bounce back to form and move a step closer to regaining their league title following Lille’s success in 2021.

6 a.m.: One of the players capable of giving a lift to PSG during these down times will be out against Bordeaux. PSG are going to be relying on its Big 3 to produce at home.

Pochettino will have to do without the suspended Marco Verratti and the injured Sergio Ramos (calf) and Ander Herrera (eye). Angel Di Maria picked up a hamstring injury during his appearance in the Real Madrid match. Other changes for squad rotation are likely.

Bordeaux boss David Guion will have six injury absences to contend with: Tom Lacoux (ankle), Ricardo Mangas (muscle tear), Jimmy Briand (calf), goalkeeper Benoit Costil (calf), Amadou Traore (Achilles) and M’Baye Niang (ankle). The good news is that Mangas, Briand and Costil are on their way back, just not in time for PSG.

How to watch PSG vs Bordeaux

USA: The match will be broadcast on beIN Sports which is streamed on fuboTV which is available to new users on a free trial.

Canada: Ligue 1 matches in Canada are also carried by beIN Sports, which is also streamed by fuboTV in Canada.