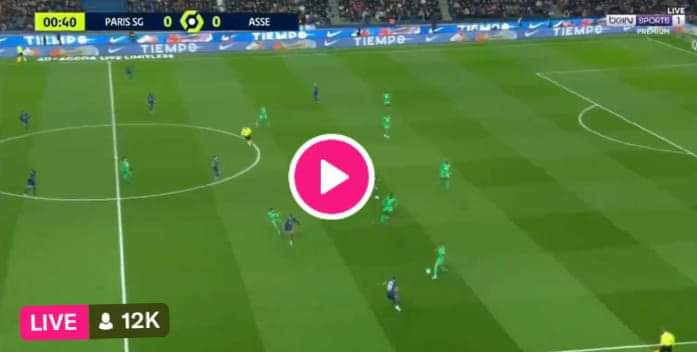 PSG vs Saint-Etienne live stream – Paris Saint-Germain will look to return to their usual triumphant selves on Saturday night when they host Saint Etienne in Ligue 1.

Mauricio Pochettino’s side are still lightyears ahead at the top of France’s top flight, although they were given a huge shock last time out as they suffered just their second league defeat of the campaign courtesy of a 3-1 beating at the hands of Nantes.

That loss, however, followed impressive wins against Lille, Rennes and Real Madrid in succession and, with that recent form in mind, they now host a Saint Etienne side in a very precarious situation at the bottom of the table. They enter this weekend in brilliant form (having won three and drawn one in their last four league outings) but still sit just one point above the drop zone.

When is kick off? Saturday 26 February, 20:00 (GMT)
Where is it being played? Parc des Princes, Paris
What TV channel is it on? BT Sport 1(UK), beIN Sports (US)
Highlights? BT Sport YouTube channel
Who’s the referee? Pierre Gaillouste
Who’s the VAR? Jerome Brisard

Leandro Paredes will likely remain absent for the hosts having missed the defeat to Nantes with an adductor injury, while Marco Verratti will join his fellow midfielder on the sidelines after picking up one too many bookings last time out.

Ander Herrera or Danilo Pereira are the likeliest to fill the void, although Julian Draxler may be given an opportunity to impress.

Meanwhile, Sergio Ramos will probably not be ready to feature as he continues his recovery from a calf problem.

Wahbi Khazri was forced off with an ankle injury last time out, although Saint Etienne boss Pascal Dupraz is hopeful the Tunisian will be available here.

Joris Gnagnon, Saidou Sow, Enzo Crivelli and Yvann Macon all remain on the sidelines for the visitors, but midfielder Zaydou Youssouf should be fine to feature despite his own ankle scare.

It’s not difficult to foresee how this match is going to go.

Even with the shock behind them and their opponents’ very encouraging recent form, PSG have thrived when playing Saint Etienne in the past and will undoubtedly crave a big response to their last result.

With the mountains of creative quality at their disposal, it’s always wise to back PSG.