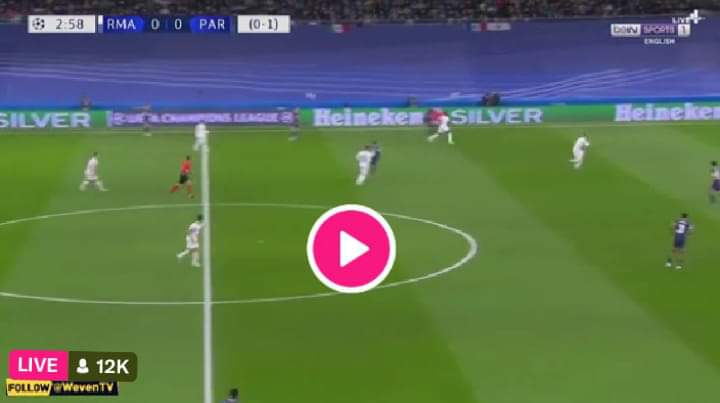 Real Madrid vs PSG live stream – It took two attempts to get the draw done, after a technical error meant the first effort was void, and at the second time of asking two of Europe’s heavyweights were pitted against each other. Real were furious at the decision to restart the whole draw.

For PSG, nothing matters as much as the Champions League. Domestic success is not enough for managers to keep their job in Paris, and Mauricio Pochettino knows European success is what the owners crave more than anything.

They’ll be hoping Lionel Messi can prove the difference, with the Argentine up against a familiar foe in Real.

Carlo Ancelotti’s side are top of La Liga, having already won the Spanish Super Cup, and they will be eyeing a first Champions League triumph since they won it for a third time in a row in 2018.

The first leg of the Champions League clash between PSG vs Real Madrid is scheduled for an 8pm GMT kick-off on Tuesday, February 15, 2022.

Parc des Princes in Paris will host the match.

Where to watch PSG vs Real Madrid

TV channel: The match will be televised live on BT Sport 3, with coverage beginning at 7.15pm.

Live stream: BT Sport subscribers will also be able to watch the match online via the website or BT Sport app.

Neymar is back in training for PSG, though he has not played since suffering a serious ankle injury in November. Mauricio Pochettino has not ruled out the Brazilian featuring on Tuesday night.

“We’ll see if it can happen,” Pochettino said. “That’s the idea. All the big guys want to play in the big games.

“He already knows what it’s like to arrive injured at these games and has the maturity to channel his energy and play in the best conditions when he’s available.”

Sergio Ramos and Ander Herrera are both doubts for the French side too.

Real Madrid will be desperately hoping Karim Benzema is fight to start for them in the first-leg.

The striker has missed the last two matches with injury and would be a huge miss – Benzema has 24 goals to his name for Madrid already this season.

Ferland Mendy has also been struggling with a hamstring problem, but he has returned to training and is expected to be fit enough to start.

The fitness of Benzema could well have a huge say on the outcome of the first-leg. He had formed a superb partnership up front with Vinicius Junior, and should the pair start on Tuesday night then Madrid can cause PSG real problems.

The French side have already shown in the Champions League that their star-studded lineup can disappoint in big games, and the European know-how of this Madrid side, particularly in midfield, could give them the edge.