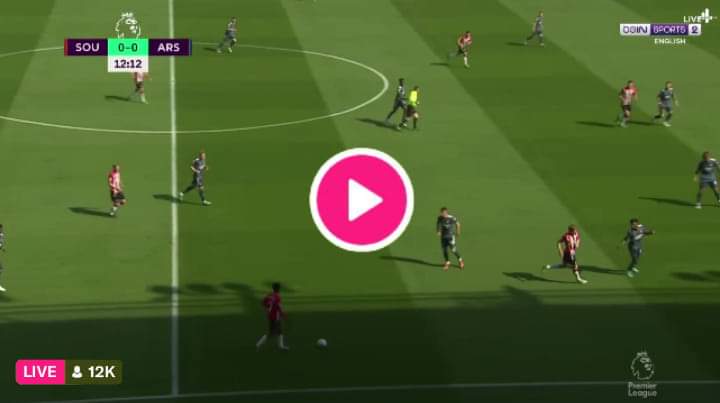 Southampton vs Arsenal live stream – Southampton host Arsenal in a meeting between two out of form Premier League sides on Saturday afternoon.

The Saints have lost five of their last six matches across all competitions since defeating West Ham in the FA Cup fifth round two days into March. Arsenal have been beaten in three of their last four outings, slipping out of the top four with eight games left to play.

Here’s all you need to know about this misfiring matchup.

Ralph Hasenhuttl can welcome back his six-goal striker Armando Broja after the burly loanee was forced to sit out last weekend’s humbling loss against Chelsea, his parent club.

Shane Long may not be able to add to his record-breaking tally of Premier League substitute appearances while he nurses an ankle injury but goalkeeper Alex McCarthy has returned to training.

Centre-back Lyanco is also being eased back into Southampton’s sessions after pulling up with a thigh injury two months ago.

The streamlining of Arsenal’s squad in the January transfer window may well be coming back to haunt the Gunners. Mikel Arteta shoehorned Granit Xhaka into the left-back slot against Brighton as Kieran Tierney was forced to undergo knee surgery.

Thomas Partey’s involvement for the rest of the campaign appears equally dubious following the “ambiguous” but “significant” injury that forced him off against Crystal Palace.

Takehiro Tomiyasu isn’t expected to return to training under after the trip to the south coast as he tentatively recovers from a muscular concern.

This season’s reverse fixture between the pair fell while both teams were in the same out of sorts form they currently find themselves in.

Arsenal, inspired by Alexandre Lacazette of all people, produced one of their more convincing displays to springboard themselves into the top four race while Southampton recovered to lose just one further match in the following four months.

While neither side seems capable of a similar turnaround before the campaign’s swift conclusion, Arsenal may be fading slower than their rapidly wilting hosts this weekend.