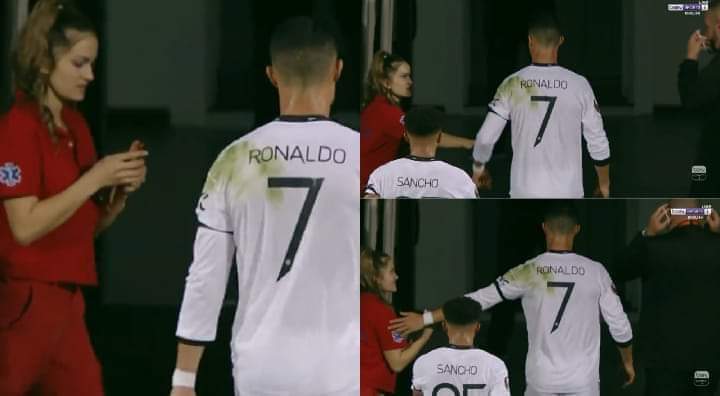 Cristiano Ronaldo shun a beautiful lady, Sheriff Tiraspol fan who requested for his phone number on his way to the dressing room in the half time.

Sancho opened scoring for Man United as Ronaldo double the lead before the break after he converted a penalty kick.

The moment Cristiano Ronaldo refused to give his number to Sheriff fans after she walk-up to him on his way to the dressing room. She gather confident and approach Ronaldo but the Portuguese star shun her and walk into the dressing room

😅 No half-time picture for this @Cristiano admirer…#beINUEL #MUFC #UEL pic.twitter.com/BnQ2jo1LDm