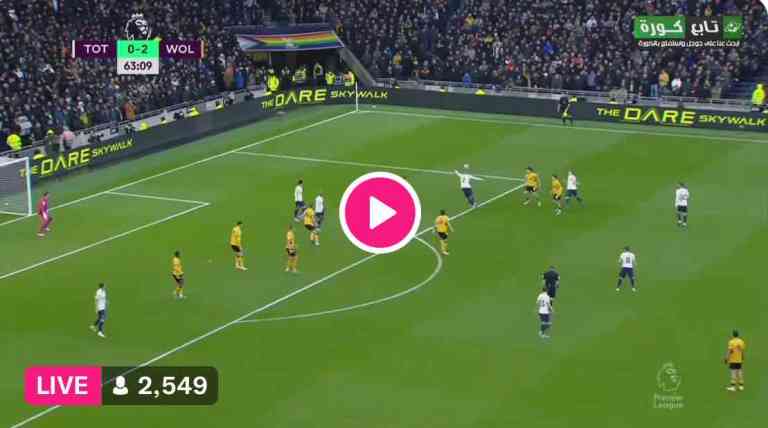 Tottenham vs Wolves live stream – Both managers, Antonio Conte and Bruno Lage, will hope to seem hugely improved performances from midweek, and a result to match, when they meet at the Tottenham Hotspur Stadium on Sunday (Watch live at 9 am ET, on Peacock Premium).

Spurs were beaten more comprehensively than the 3-2 defeat to Southampton would seem to indicate, as they suffered a second straight Premier League defeat — their first two under Conte. In losing back-to-back games to Chelsea and Southampton, Tottenham conceded almost as many goals (5) as they did in their first nine PL games with Conte in charge (6). The Harry Kane-Son Heung-min partnership is returning to fine form of past seasons, and there is hope that the defensive issues will work themselves out as Cristian Romero returns to full fitness and sharpness, establishing himself as the long-term leader of the backline in the process.

Wolves have followed a similar path to that of Conte’s Tottenham, conceding precious few goals (17 in 22 games, 2nd-best in the Premier League) while struggling to score just as badly (19 in 22, 3rd-worst) for much of the season. It’s hard to see Lage’s first campaign at the club as anything but a rousing success, with Wolves very much on track for a third top-half finish in four seasons.

Here is everything you need to know ahead of Tottenham vs Wolves this Sunday with team news, odds, stream link and more.

GOALLLL! Wolves 2-0 up. Leander Dendoncker taps home after some calamitous defending. Lloris and Davies guilty of loose passes, then Podence’s deflected shot hit the post and bounced to Dendoncker to score. Wow. Spurs’ fans are stunned.

SAVE! Great chance for Heung-min Son as Rodrigo Bentancur slipped him in, but the Spurs forward took too long to finish and Jose Sa saved.

GOALLLL! Wolves open the scoring. A shot from Ruben Neves is parried out, then he pushes away Leander Dedoncker’s effort but Raul Jimenez is on hand to smash home a superb volley. The Mexico striker with a superb finish. 1-0 to Wolves! An awful start for Antonio Conte’s side. Can Tottenham respond?

KICK OFF: We are underway and Harry Kane is looking very sharp as he drops back and plays the QB role, pinging balls over the top for Son and Moura. Very apt on Super Bowl Sunday…

How to watch Tottenham vs Wolves live, stream link and start time