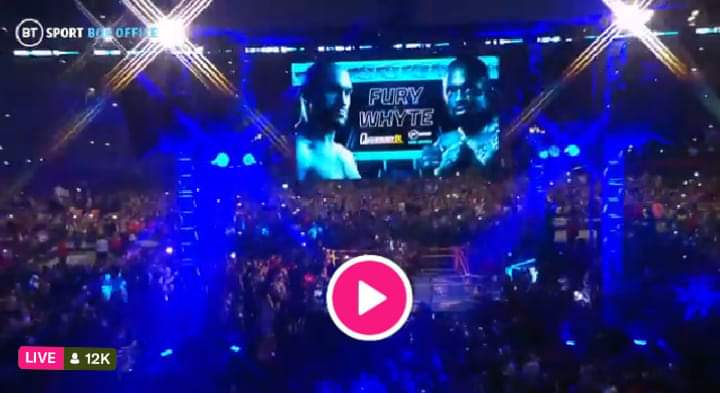 The day has finally arrived, Saturday, April 23, for the fight between Tyson Fury and Dillian Whyte, who will meet at a packed Wembley Stadium to determine the WBC heavyweight champion.

Fury, seven months after one of the biggest wins of his career, will risk his second WBC heavyweight championship belt against Whyte in a highly anticipated bout between two of the best fighters in the division.

Both boxers are coming off wins in their last bouts, the Gipsy King defeating Deontay Wilder, while Whyte did the same with Russian Alexander Povetkin via technical knockout. It should be noted that Whyte has not wanted to be part of the promotion of the fight, as he did not attend the press conference or the public training session.

Tyson Fury vs Dillian Whyte: When is the heavyweight boxing match?

Where is the Tyson Fury vs Dillian Whyte fight this Saturday, April 23?

It will be at Wembley Stadium in London, England.

What time does the fight between Fury and Whyte start?

How to watch live online Tyson Fury vs Dillian Whyte?

ESPN+ PPV for $69.99. In addition, MARCA English will bring you the live action.

What title is in dispute between these English giants?

What record do Fury and Whyte come into the fight with?