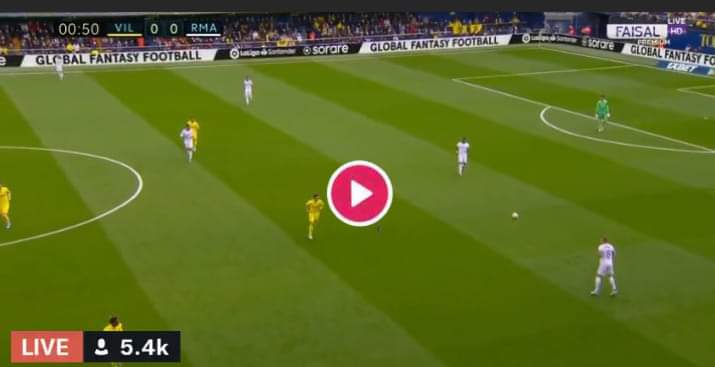 Villarreal vs Real Madrid live stream – Real Madrid will be looking to maintain their six point lead at the top of the La Liga table with victory at sixth placed Villarreal and we can bring you details of when and where to watch the match.

Unai Emery’s team are still in the hunt for European spots and are just three points behind Barcelona who are fourth.

Here are the details of when and where to watch the game:

For supporters in the UK, the game will be shown on La Liga TV.

For US viewers, the game will be available on ESPN+.

For Canada viewers the game can be live streamed on TSN.

For viewers in India, the game will be available on Viacom 18’s MTV channel and through streaming services Voot Select and JioTV.