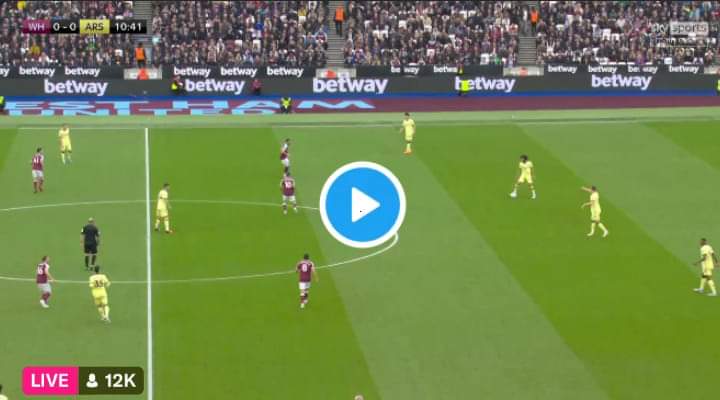 West Ham vs Arsenal live stream – West Ham return to Premier League action on Sunday, as they host Arsenal in a London derby.

David Moyes’ side will look to get back to winning ways after a run of three league outings without victory, most recently losing to Chelsea 1-0, while a 2-1 first-leg defeat to Frankfurt in their Europa League semi-final on Thursday will have no doubt sunken spirits a little further.

Another tough test awaits them this weekend, against an Arsenal side who have dispatched Chelsea and Manchester United in their previous two.

Here’s how Moyes could set his side up.

GK: Lukasz Fabianski – As the Hammer’s designated Premier League goalkeeper, the Pole will certainly be restored to the lineup for this one.

RB: Vladimir Coufal – Should come back into the side with Craig Dawson’s suspension forcing a slight reshuffle.

CB: Ben Johnson – A severe lack of central defenders could force Johnson into a role further infield once more.

CB: Kurt Zouma – Made a miraculous return for Thursday night’s game and, while he surely can’t be fully fit, a plethora of absentees at the heart of defence could force him into playing again.

LB: Aaron Cresswell – Played well last time out and should be set for a 15th consecutive league start for the visit to Arsenal.

CM: Mark Noble – Some expected rotation in the side could see Mr West Ham start at the heart of the side after doing well last week.

CM: Declan Rice – Was rested at Chelsea, so it could be Tomas Soucek’s turn to miss out.

AM: Nikola Vlasic – Pablo Fornals will certainly be called upon for the Hammer’s trip to Frankfurt next week so, to save his legs, Vlasic might be in sore for a seventh Premier League start of the term.

RW: Andriy Yarmolenko – The Ukrainian should be set to replace Jarrod Bowen who simply needs to be fit and ready for next Thursday.

ST: Michail Antonio – Ended his goal drought on Thursday night and should continue to lead the line for this one.

LW: Said Benrahma – Enjoyed a good cameo in midweek and, with some expected chopping and changing, should come into the side on Sunday.