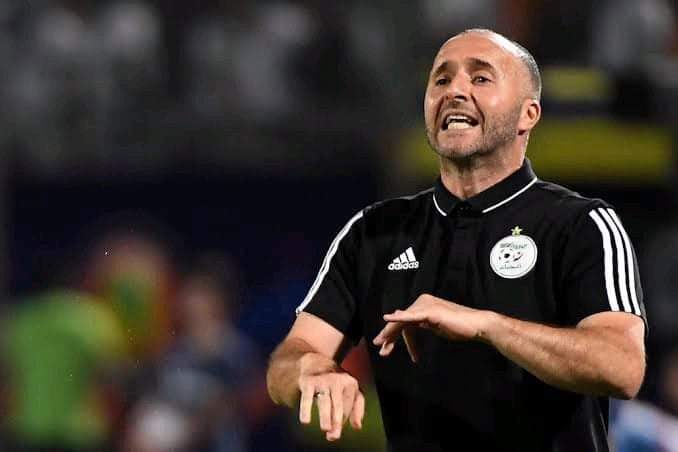 Following Algeria’s comeback victory over Nigeria on Tuesday night, Algeria’s head coach, Djamel Belmadi spoke to the media about the performance of his team and the rivalry with the Super Eagles.

At the Miloud Hadefi Stadium in Oran, the Desert Foxes came back to win the game 2-1. Terem Moffi, Super Eagles striker took advantage of shoddy defence to give Nigeria the lead, the two-time African champions falling behind after just nine minutes into the game.

However three minutes before halftime, Algeria captain Riyad Mahrez converted a penalty to tie the score. Youcef Atal then scored the game-winning goal in the 70th minute.

Speaking after the game, Belmadi praised his team for battling back to win the match and also spoke about the rivalry with the eagles.

“It was a true test for Nigeria, who have a terrific team. Under my leadership, we played against them three times. Three times, we defeated them. They desired to exact justice.”

On the performance of his team, he said..

“I like what we saw in the second half in midfield. Normally, there is everything you need to have a seat and a way to play. We have what it takes with these three players.”