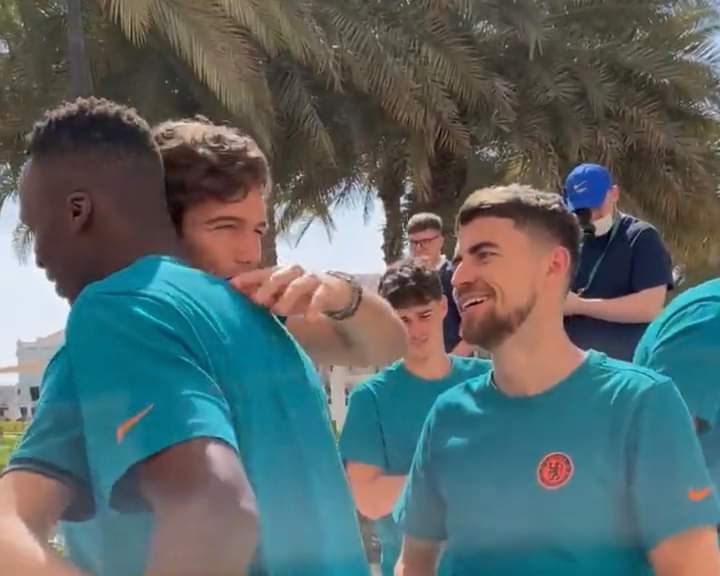 African best goalkeeper and AFCON 2021 Champion Edouard Mendy has arrived at Abu Dhabi ahead of Al Hilal Club World Cup Semi-final Clash today at 17:30 pm. Chelsea players give Mendy standing ovation and clapping as greeted them one after the other with a hug and smile.

Chelsea fans notice that Kepa’s contenace immediately he set eyes on Mendy though he greeted him with a frown hug.

Mendy will not be on the goal today as Chelsea take on Al Hilal in the FIFA Club World Cup Semi-final but Kepa will start instead. Triumph arrive and the whole team give standing ovation with an applauded that welcome you have done well.

Jorginho spotted smiling and happy with Mendy arrival which means he loves Mendy so much….