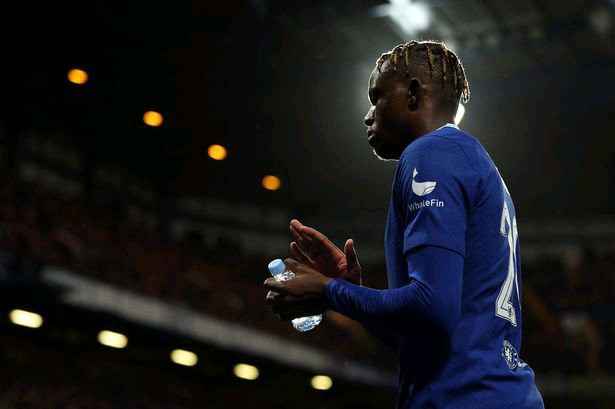 A strong finish…but at a cost

With Chelsea having already qualified for the Champions League knockout stage as Group E winners, Graham Potter had a rare opportunity to rest key players for the visit of Dinamo. Yet somewhat surprisingly, he opted not to take it and a strong starting XI was named.

Trevoh Chalobah continued at centre-back; the academy graduate has played every minute possible since replacing Wesley Fofana in the home victory over AC Milan. There were also starts for Cesar Azpilicueta and Ben Chilwell in the full-back positions. Jorginho and Mason Mount were in the midfield. Kai Havertz, Pierre-Emerick Aubameyang and Raheem Sterling were in the frontline.

It felt like an unnecessary risk on Potter’s part, especially with a clash against Premier League leaders Arsenal to come on Sunday afternoon. And in the early stages, it didn’t appear one that would pay off as Chelsea fell behind to an early Bruno Petkovic header after poor marking in the Blues’ penalty area.

Chelsea battled back, however. Deployed in a 4-3-3 shape with Havertz flanked by Aubameyang and Sterling in attack, openings were fashioned and it was the England international who brought the Blues level with a smart finish from 15 yards The goal was Sterling’s first since Potter’s opening game in charge almost two months ago.

Then came the turn of Denis Zakaria to get on the scoresheet. The Swiss midfielder – more on whom shortly – found the back of the net from the edge of the penalty area after being teed up by Mason Mount. From that point on, a Chelsea victory never appeared in doubt.

Chances came and went in the second period. Aubemayang rattled the crossbar with a lovely effort from distance. Chilwell found the side netting from an acute angle. Thiago Silva, brought on for the final 30 minutes for the returning Kalidou Koulibaly in defence, guided a volley wide from a free-kick.

As the game inched toward its conclusion, there appeared little reason to grumble. But then one attempted burst forward from Chilwell altered the mood around Stamford Bridge. Having knocked the ball out of his feet, the left-back immediately grabbed his hamstring and then hit the cold and wet turf.

Chilwell was treated by the Chelsea medical team on the side of the pitch and helped to the tunnel after the full-time whistle was blown. He later left the stadium on crutches. His World Cup dream now very much hangs in the balance. “It’s a blow for us on an otherwise positive evening,” admitted Potter in his post-match press conference.

“To see him pull up like that, it’s not a great sight. So fingers crossed that when we get it scanned it isn’t too bad. It can be not as severe but we have to cross our fingers at the moment. I spoke to him briefly. He just felt something as he was setting off. He is disappointed and upset.”

Chilwell’s injury is the third suffered by a Chelsea player in this season’s Champions League. As highlighted above, the knee problem that has kept Fofana out for the past month occurred against Milan at home. Reece James then sustained a knee injury in the reverse fixture at San Siro.

And let’s not forget, the ACL injury that kept Chilwell out for six months last season also happened in the Champions League group stage; the 25-year-old suffered the injury in a clash with Adrien Rabiot during Chelsea’s impressive demolition of Juventus at Stamford Bridge.

The past two months have not been easy for Denis Zakaria. Signed on loan from Juventus on transfer deadline day, a big factor in the midfielder’s decision to swap Turin for west London was the chance to work with Thomas Tuchel, something he did for five days before the German parted ways with Chelsea.

Life under Potter has been difficult. Zakaria has made the majority of the matchday squads but hadn’t got on the pitch. That finally changed against Dinamo as the 25-year-old was handed a place in midfield alongside Mount and Jorginho. And he certainly took his chance.

There were a couple of eye-catching tackles in the early stages which highlighted why Zakaria’s nickname during his time at Borussia Monchengladbach was ‘The Octopus’. Then came his goal: a controlled finish that beat a covering defender on the line and put Chelsea ahead.

Due to his lack of football this season, Zakaria was only able to complete 70 minutes before being replaced by Ruben Loftus-Cheek. But he made sure to soak up the adulation of the home crowd. After his debut came to an end, Zakaria made his way around the Stamford Bridge pitch and low-fived supporters in the Matthew Harding Stand before applauding those in the East Stand as he reached the bench.

“He’s been, as you can imagine, frustrated and disappointed when he doesn’t play,” Potter said when asked about Zakaria’s debut. “That’s the life of a player but he’s handled himself really well. He’s kept himself fit, he’s trained really hard, and supported the team and his teammates in a really good way.

“When you do that, you give yourself a chance to perform when your opportunity comes. So credit to him. Everyone was so happy for him and it was a great story for the whole group I think.”

Chelsea’s marquee summer signing has arguably been the player who has struggled most following Potter’s arrival. Under Tuchel, Sterling was finding the back of the net regularly and appeared a consistent threat. But that has died off in recent weeks and questions have even been asked as to whether his place in the England squad is secure for the World Cup.

Those are speculative and are certainly not going to be listened to by Gareth Southgate. And against Dinamo, Sterling looked more his usual self having been brought back into a three-man attack. Not only did he take his goal well but the winger was regularly in good positions in the penalty box, although his finishing was a little rusty.

“He has never been asked to play and defend in a back five or back four even. His responsibility has always been against the full-back. With the back four behind him tonight probably helped, he was a little bit higher and a little bit wider. It was nice for him to score because he has been working hard for the team.

“As I said before, the team has to function well for the individuals to do well. So I’m really pleased he got his goal today.”