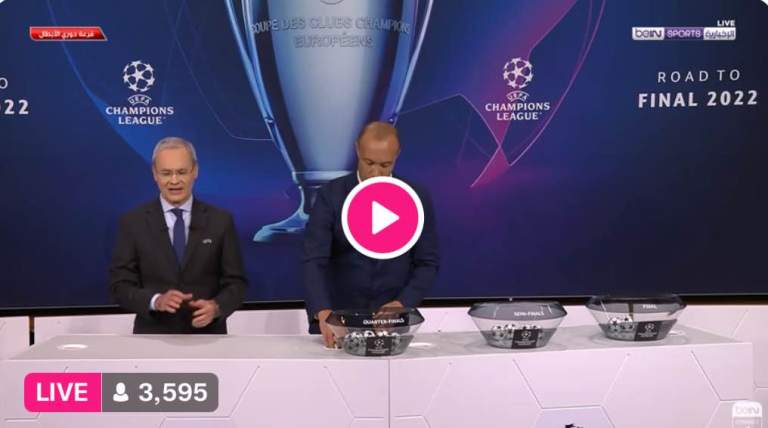 The compressed schedule for the group matches this season due to the 2022 World Cup should make for an even more unpredictable set of results. All six pressure-packed matchdays will be played in the span of just eight weeks.

The four English Premier League clubs enter the competition among the favourites to win it all, though it’s the German Bundesliga that features the most representatives with five. French power PSG, defending champions Real Madrid, and Spain’s other powerhouse teams are also likely to make deep runs.

When is the draw?

The 2022/23 UEFA Champions League group stage draw will take place from 5pm (BST) on Thursday, August 25. The draw ceremony is being held in Istanbul, Turkey.

The table for Groups A-H and the match schedule for each group will be updated following the group stage draw with the first matches set to be played on September 6-7.

Favourite side from these goalscoring powerhouses? ⚽️ 🔥 #UCL || #UCLdraw pic.twitter.com/zmy7WSsuxK

The top two finishers from each group will advance to the Round of 16.

Teams collect three points for a win, one for a draw, and none for a loss. In cases where teams are even on points, there is a list of predetermined group stage  tiebreakers outlined in the official tournament rules which start with goal difference and then goals scored in matches played between the teams in question.

The four pots for the 2022-23 season of the UEFA Champions League are ready.🔥

Which club are you most excited to see your club play against after the draw today at 4 pm? 🤩#GTVSports #UCLdraw pic.twitter.com/WytlTtG0xN

The Round of 16 draw will be held on Monday, November 7, 2022, just days after the conclusion of the group stage on Wednesday, November 2.

Teams from the same country cannot be drawn against each other in this round.

Every club that has won the UEFA Champions League

After the Round of 16 winners are determined, there will be a quarterfinal draw held on Friday, March 17, 2023 that will establish the rest of the knockout round bracket through to the final.

There is no seeding involved in that draw and, unlike the Round of 16, teams from the same country can be drawn against one another.

The full list of UEFA Champions League group stage tiebreakers follow below as per the official tournament regulations:

Istanbul, which will also play host to the 2023 Champions League final, will host the activity.

Currently, the draw is set to start at 4 PM BST.

When Is The Draw?

This season’s draw for the group stages will take place on Thursday from 5pm BST in Istanbul, Turkey which is where the final will be hosted.

How Can I Watch/Stream The Draw?

In the UK, the draw can be watched from 5pm on BT Sport.