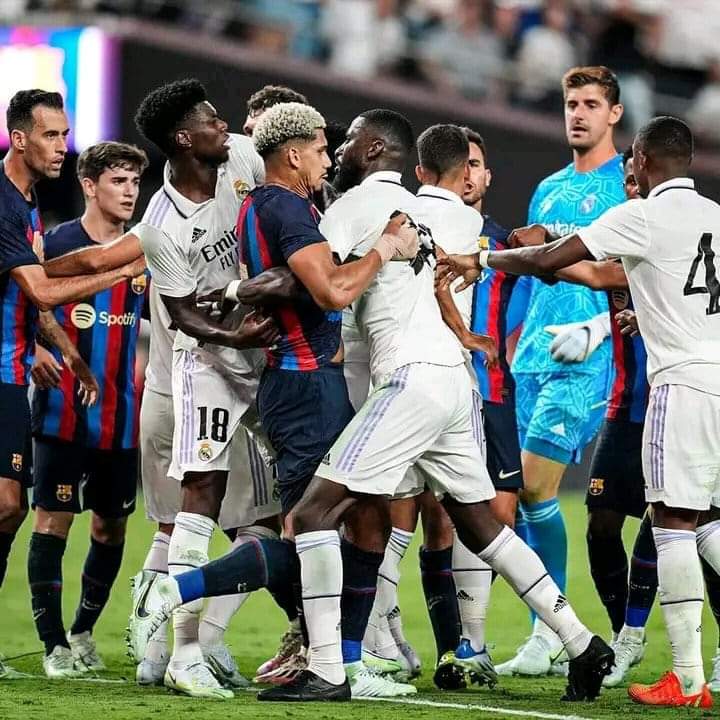 It was a tough and entertaining game between the two club, as both teams battled for a win. FC Barcelona Raphinha opened the scoring in the first half of the game, as Real Madrid struggled to equalize but couldn’t.

Raphinha was signed by FC Barcelona this summer and has been impressive since joining the club. The Brazilian forward was no doubt outstanding against Real Madrid as his goal gave FC Barcelona the victory they deserved. ElClasico is always heated up and it was totally different earlier today, as Real Madrid defender Antonio Rudiger had a fight with FC Barcelona defender Ronald Araujo and the players gathered. The former Chelsea defender Antonio Rudiger is well known for bullying strikers on the pitch, he always gets involved in many fights and some Chelsea supporters loved him for that reason.