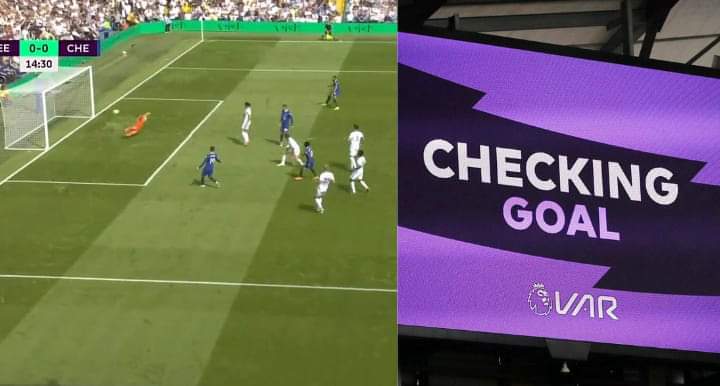 It was an outstanding performance from Leeds United who dominated the first half of the game. Chelsea started the game with an impressive performance but could not convert their first two chances.

Chelsea thought they got the lead in the 14th minutes of the game but he VAR ruled out Sterling brilliant goal. The VAR decision to cancel Sterling goal have generated several reactions because he was onside before receiving the ball. The goal should have stand because Sterling he was not in an offside position before scoring the goal.

The blues created more goal scoring chances in the first half but could not covert them.

Leeds United got back into shape before scoring their first goal in the 33rd minutes of the game.

The host converted a mistake by Chelsea goal keeper Edouard Mendy in the 32nd minutes. The Brazilian International Rodrigo scored his 4th goal of the season through a brilliant header. The blues could not put one back in the first half despite creating more chances than host team. Chelsea started the second half with an impressive performance but could not create any goal scoring chance. Leeds United sealed the victory through Harrison in the 69th minutes of the game. Do you think Sterling goal shouldn’t have been canceled?