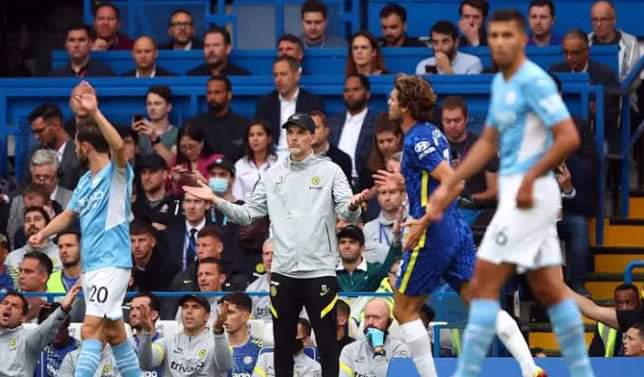 Chelsea played out a disappointing 1-0 defeat in their Premier League clash against Manchester City at the Etihad stadium earlier this afternoon.

Thomas Tuchel wouldn’t be too pleased with the performance of his players especially in the first half.

Manchester City dominated possession as they created series of good chances in the early stages of the encounter.

Pep Guardiola’s team had 63% of the ball in the first half but just couldn’t find a way to break Chelsea’s resilient defence.

Jack Grealish was presented a golden opportunity in the 38th minute but the former Aston Villa attacker failed to convert.

De Bruyne gave Manchester City the lead in the 70th minute after finding the bottom corner with a spectacular strike.

Marcos Alonso’s poor performance was one of the major highlights of the game. The Spaniard failed to contain Raheem Sterling throughout the game.